Dalrymple marshals facts masterfully to detail how the British—scheming, suborning, menacing—swooped down on a chaotic India and carved out an empire 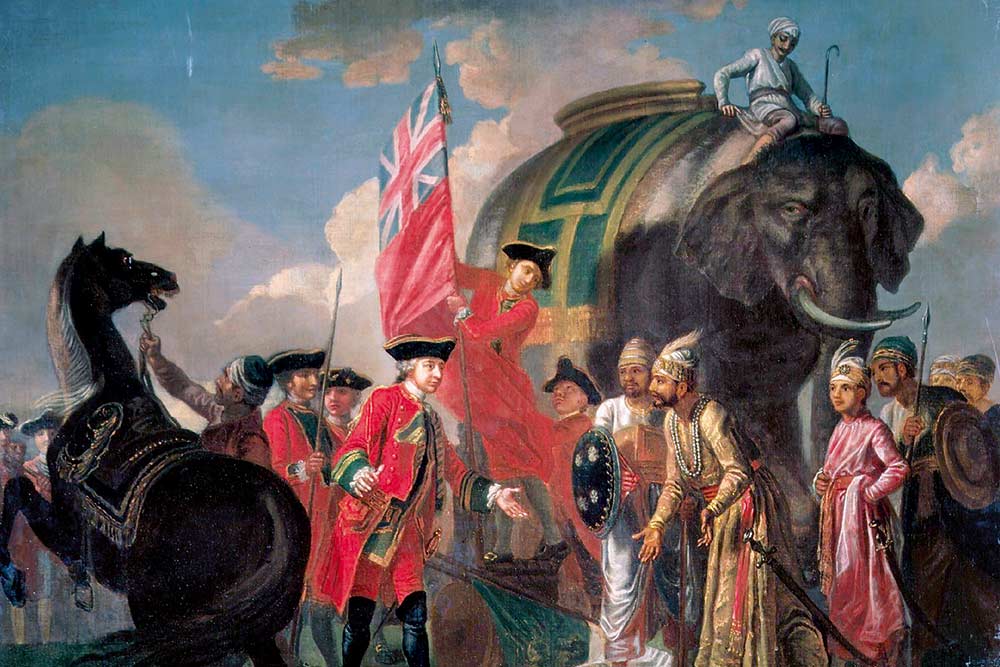 Clive at Plassey—the battle made the Company masters of Bengal. What followed was unprecedented loot of the province.
Photos: Bloomsbury
Shashi Tharoor October 16, 2019 00:00 IST Empirically Imperial

William Dalrymple has justifiably acquired a global reputation as the most wid­ely read chronicler of British India today. His pop­ular histories, notably White Mughals, The Last Mughal, and Return of a King, as well as the co-authored Kohinoor, testify to the 54-year-old Scot’s focus, erudition, and narrative drive. With The Anarchy, which traces the irresistible rise of the British East India Company from its origins as a trading concern in 1600 to the ruler of all India two centuries later, he cem­ents his reputation with a detailed, compelling account of a story no Ind­ian should forget.

At the beginning of the 18th century, as the British economic historian Angus Maddison has demonstrated, India’s share of the world economy was 23 per cent, as large as all of Europe put together. (In 1700, Aurangzeb’s treasury raked in £100 million in tax revenues alone, more than all the crow­ned heads of Europe combined.) By the time the British dep­arted India, it had dropped to just over 3 per cent. The...