Why is modern Indian sculpture a story obscured in shadows? 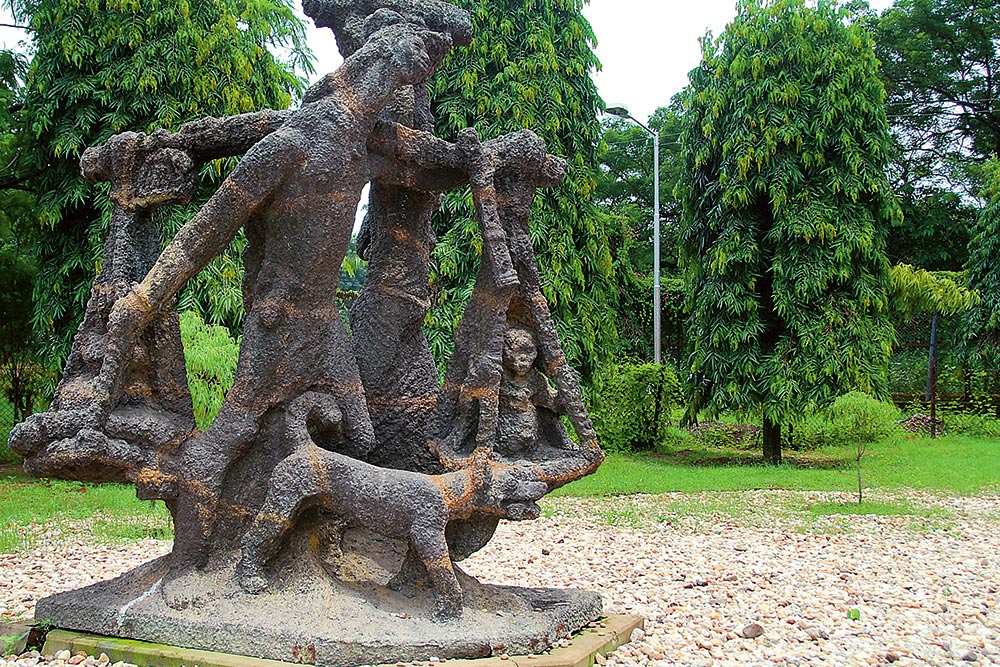 The definition moves by contrast. Sculpture, they say, doesn’t open up space like a landscape painting: it occupies space. In India, it also occupies time. That petite, 10-cm-tall dancing girl of insouciant aspect—the archaeologist’s deli­ght—is 4,500 years old. Between the Harappan artist who captured a kin­e­tic moment on that tiny piece of bronze and those Buddhist architects who thought of carving immense sac­red spaces out of sheer Deccan rock, there already spans two-and-a-half millennia. From there to the present, another two! Entire epochs that cast the celestial and the carnivalesque alike in a profusion of three-dimensional art.

Another contrast, then. The relative poverty of the modern age, the thinning out of the sculptural imagination, its withdrawal from centrestage, its surrender of primacy to painting, its very amb­ivalence about its status and relevance in the contemporary art world: all this is a new affliction. Trace it through time again. One subplot in the story of India’s visual culture in the...