Preeya Kalidas is thrilled to be the first Asian actress to play the lead in an Andrew Lloyd Webber musical. Excerpts from an exclusive interview : 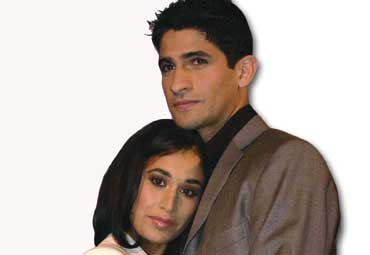 Felt like acting in Bollywood films yourself?
I get asked that question all the time. But you know, at the moment this is where I am and this is what I'm doing. But, who knows?

Will Bombay Dreams be anything like the film Bollywood Queen you've just done?
No, apart from the fact that it's a love story, and him coming from a different background to her, which is similar to Priya and Akash. It's set in East London, and I mime to Hindi film songs in that. There's a lot of young Asian girls in this country who, although born and brought up here, are very much into Bollywood and Indian cinema. And my character in this film is into that.

Ever been to India?
When I was seven. But I'm going...