One note purportedly naming people to be managed in India. Is that all it takes to bring a bribe charge home? 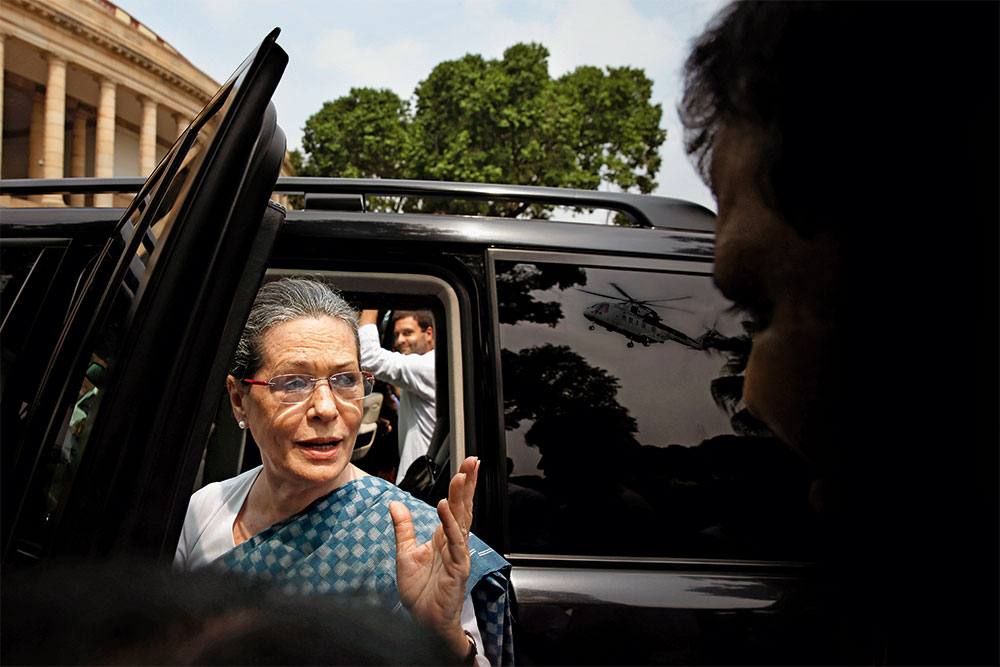 In The Line Of Fire
Sonia and Rahul arrive in Parliament
Photographer by AP
Meetu Jain April 29, 2016 00:00 IST Bofors-2 Comes A Chopper

It was in a room in a secluded wing on the first floor of the Claridges Hotel in Delhi that Christian Michel James usually stayed. He patronised the hotel not because it belonged to a fellow arms dealer but because, as he claimed, the rooms in that section of the first floor weren’t bugged. That was sometime in 1999, when the Briton was a frequent visitor to New Delhi’s corridors of power, cultivating politicians, bureaucrats and the media. The tall, suave and...