Boatman, Do Not Tarry

Karat has had his answers. The UPA should now revivify its reform agenda. 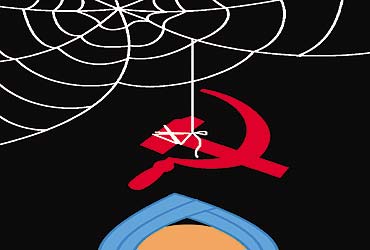 outlookindia.com
-0001-11-30T00:00:00+05:53
Everything said, the Left blinked after some close electoral accounting that suggested it would be held responsible for disrupting government and governance in concert with the BJP. Forcing an early poll will probably cut the Left to size and jeopardise its administrations in West Bengal, Kerala and Tripura. The BJP is in disarray and will suffer erosion too.

The moral is that the UPA should now press its stalled reform agenda vigorously across the board. Though the Left will huff and puff, there is no reason to fear an early election despite its threat of "serious consequences". The people want good governance rather than impotent survival or indecision from a government that seeks a permanent seat in the UN Security Council!

The Left demands a "pause" on "operationalising" the Treaty until all issues have been duly "evaluated". Shorn of niceties, this is an invitation to the prime minister to commit suicide first and leave it to his ghost to step forward gracefully to complete the negotiations. Along with the BJP, still suffering...