So, who does the last laugh belong to? The US yields to the prime ministerial candidate. 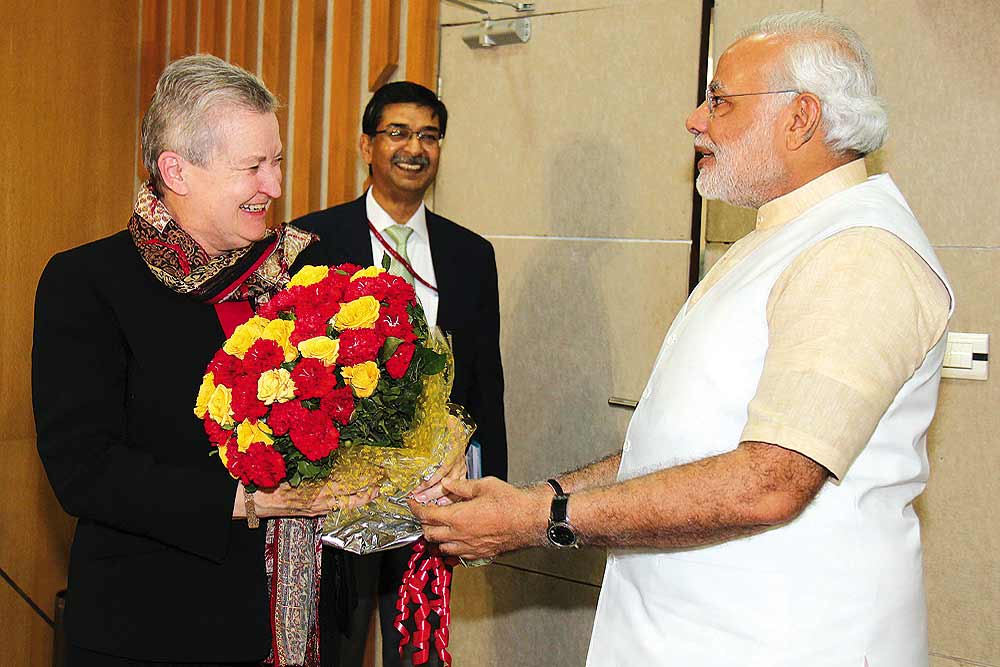 Some rationalise it as pragmatism, an inevitable component of foreign policy. Those less guarded with their words call it “sheer opportunism”. But on Thursday, February 13, when US ambassador Nancy Powell flew down to Gandhinagar to meet Gujarat chief minister and the BJP prime ministerial candidate Narendra Modi, there were also cheers—of both the happy and the taunting sort. And not necessarily only from Modi fans. Even for those who rarely miss an opportunity to criticise Modi, seeing the...