UP gangster with ties to police and politicians kill eight cops 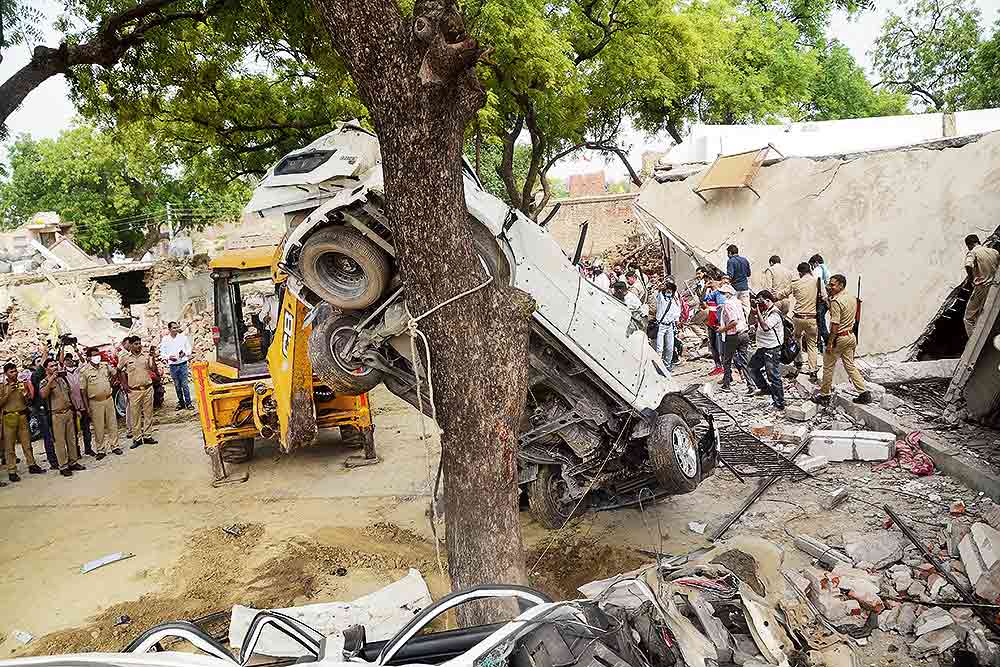 The line between reel and real often blur in the wild west of Uttar Pradesh, where gangsters call the shots, just like in the blood-soaked web thriller Mirzapur. The storyline of the hit web series appears to have replicated over the past week when eight police personnel were killed by henchmen of a powerful history-sheeter Vikas Dubey. The slain policemen were among a 50-member team that had gone to arrest the gangster in Kanpur’s Bikru village. Dubey has some 60 criminal cases against him, including murder and extortion. He had also been accused of killing a BJP leader inside a police station in 2001 but was acquitted for lack of evidence.

The most sinister part about the episode is the alleged tip-off about the police action that seemed to have come from somebody within the police. Daya Shankar Agnihotri, one of the gangster’s men, caught by police later, claimed that the tip-off came from Chaubeypur police station. The station officer Vinay Tiwari and three other policemen have been suspended on suspicion. But the most damning revelation about the...