Aayo Gorkhali. The 4/5 Gorkha Rifles had a grand reunion. 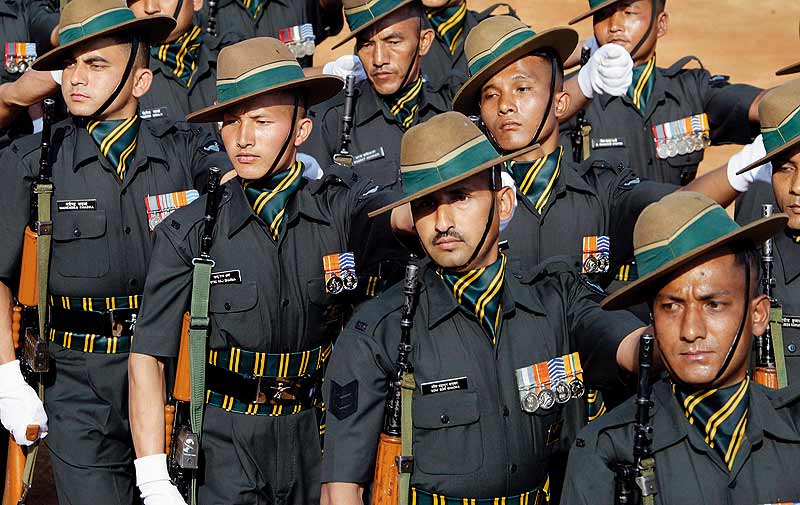 The Gorkha soldiers don’t need a citation for their bravery. They’ve had it thrust on them by those they have fought, by armies who have heard legends about their prowess, the blood-curdling war cry ‘Aayo  Gorkhali’, the flash of the khukri knife, sometimes a wicked smile which says, ‘Don’t mess with me’. To commemorate their services, recently the diminutive Gorkhas and their veteran forebears had a grand get-together in Dehradun for a reunion of the 4/5 Gorkha Rifles (Frontier Force).

The 4/5 was reborn on January 1, 1963, in Dehradun as part of the 35 additional battalions raised after the Himalayan debacle of 1962. In its earlier avatar, the battalion won its spurs in Burma during WWII, winning several gallantry awards and battle honours, only to be demobilised prior to the Partition. At least one of its great sons, Subedar Major Indra Bir Thapa, Sardar Bahadur, OBI MC MBE, joined the triple Victoria Cross sister battalion, 2/5 Gorkha Rifles, in 1945 as part of the British occupation force in Japan.