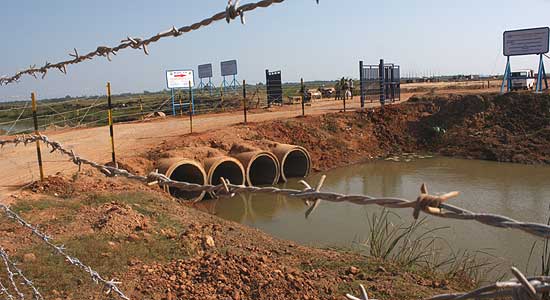 It didn’t take much for the late Y.S. Rajasekhara Reddy to promise free power to farmers. The gambit paid off too, as he returned to power in the 2009 assembly elections. The Andhra farmer wasn’t complaining either. But when the time came to honour the commitment, the ‘free’ bit of the deal started pinching the state exchequer. Looking to augment the state’s power output, the Andhra government began clearing the construction of a cluster of six thermal power plants and one nuclear project.

The projects will come up on a 90-km wetland stretch from the Naupada swamps to the Itchapuram lagoon, along the virgin coastline of Andhra’s northern Srikakulam district. Characterised by marshes, swamps and bogs, the wetlands are rich in biodiversity, visited by a wide variety of migratory birds and comparable, in terms of the species they support, to tropical rainforests or coral reefs.

The emergence of power plants here, environmentalists point out, will destroy the local ecology and livelihood. But,...