Do we, the Indian middle class, see the corruption within us? 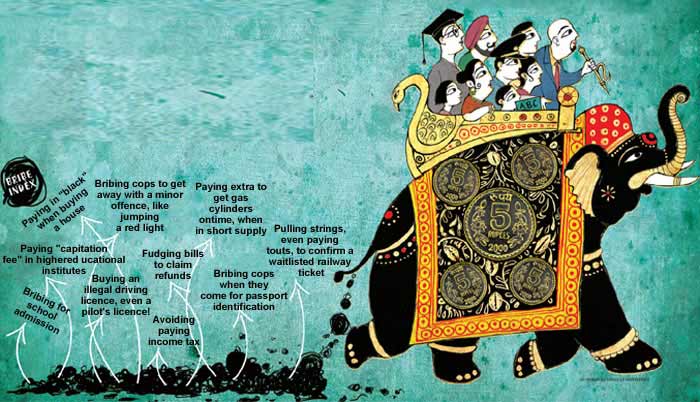 I was too busy being corrupt to join Anna Hazare’s camp last week. For four days, I heard nothing but stories of our Tahrir Square-like revolution against the corrupt unfurling right under our noses in Delhi’s Jantar Mantar. But it was school admission time and I had some serious palm-greasing, document-fudging, string-pulling, weight-throwing and tout-chasing to do. I had to get my maid’s seven-year-old boy into a public school under the special EWS (economically weaker section) quota for the disadvantaged. He didn’t get in—there were a couple of hundred other candidates (none of them more genuine than my boy, let me add) who had got there before us, all of them armed with documents procured at a price, and with recommendation letters from either a minister or an archbishop, or maybe both. It made me angry—the corruption, of course; but also because others were better at it than me.

Which was why it wasn’t hard to figure out where this collective rage against the corrupt was...