Bleeding Plots Narrate It All

Girl leaves her ‘rapist’ swami bobbitised, a devotee in another math found murdered 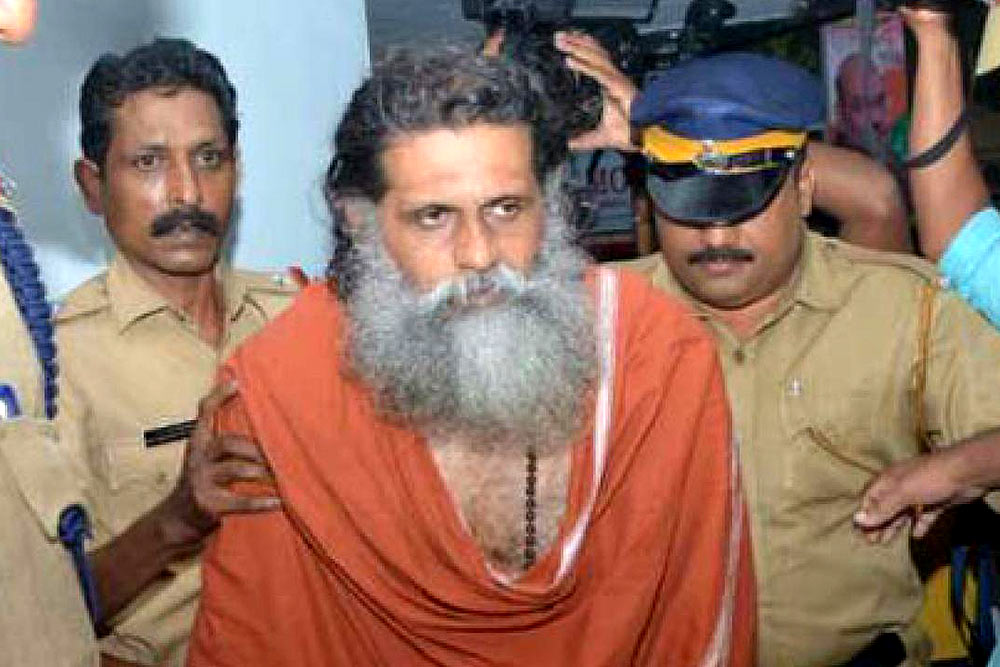 Ganeshananda
The Pretext Of Healing Sreehari (real name) kept visiting a devotee who was suffering from paralysis. On the sly, he ‘repeatedly raped’ a girl, who finally cut his penis.
Photograph by Madhyamam
Minu Ittyipe August 31, 2017 00:00 IST Bleeding Plots Narrate It All

The only miracle that can be attributed to Swami Ganaeshananda Theerthapada aka Sreehari or ‘Bullet Swami’, 54, is that he did not cry out when his penis was chopped off. It happened close to midnight while he was allegedly raping a 23-year-old-law student at her home in Thiruvananthapuram on May 19. In fact, not a squeak seems to have esc­aped his mouth. The girl’s parents, ardent devotees of the swami, were in the adjoining room but were oblivious to what was happening to their holy guest who was supposed to be sound asleep.

Sreehari had been raping her for six years, the girl told the police. Her family had met him at an ashram off Kollam, which he used to frequent. When the vic­tim’s father was paralysed, he kept visiting the house on the pretext of healing him and praying for the family. This time, when Sree­hari allegedly tried to rape her again, she was ready with a knife.

Sreehari is known more as a businessman than a holy man, and Panmana ashram was quick to disown him after the news. So did Hindu Aikyavedi and a state...