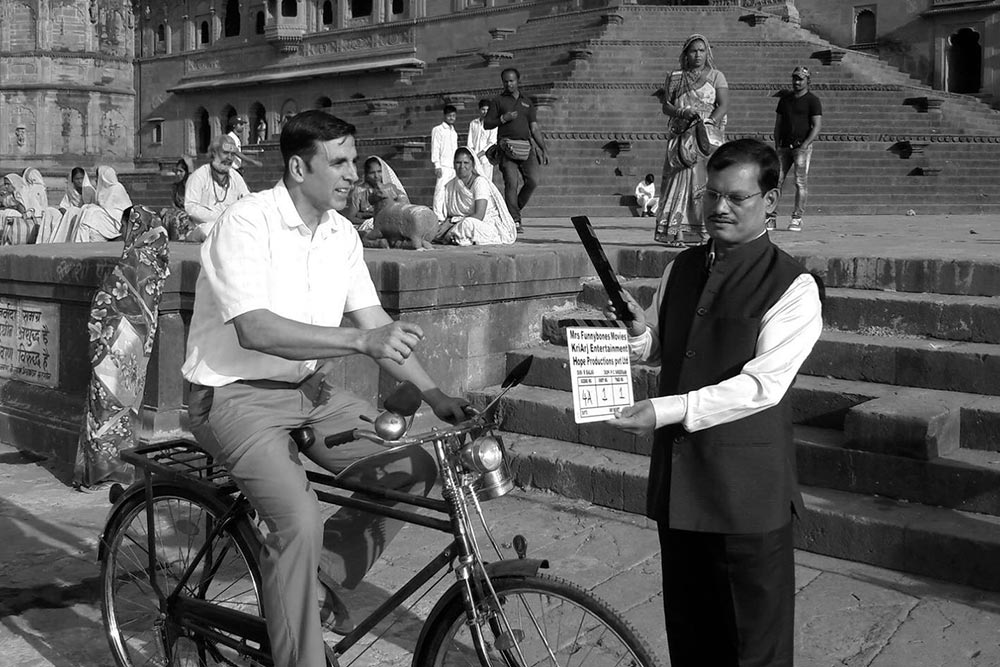 The machine came first, the dau­ghter only later, quips Aruna­chalam Muruganantham, ton­gue in cheek. “All because of my obsession with the sanitary pad.” The 55-year-old is referr­ing to how his daughter was born only ten years after his marriage. For, his wife had walked out on him, protesting against his obsession with his sanitary pad project. Shanthi did ret­urn to live with him, but only after he succeeded and won social recognition.

Not just recognition. Today, even Bolly­wood fame. Actor Askhay Kumar decided to make PadMan, based on Murugananth­am’s mission that has freed thousands of women from the shackles of unhygienic living during their periods. First Muru­ganantham and now Aks­hay have together dared where no Indian man has been before: the sensitive issue of menstruation that comes with tab­oos that confine women to the dark corners of their homes. The absence of a pad used to instil dread in rural women all those three days.

Coimbatore-based Muruganantham, had married in 1998. Once he...