Out of 2,729 people, only 99 Bangladeshis were granted Indian citizenship in the last four years—and only six in 2020. That's what the BJP will tell Assam. Yes, elections are due soon. 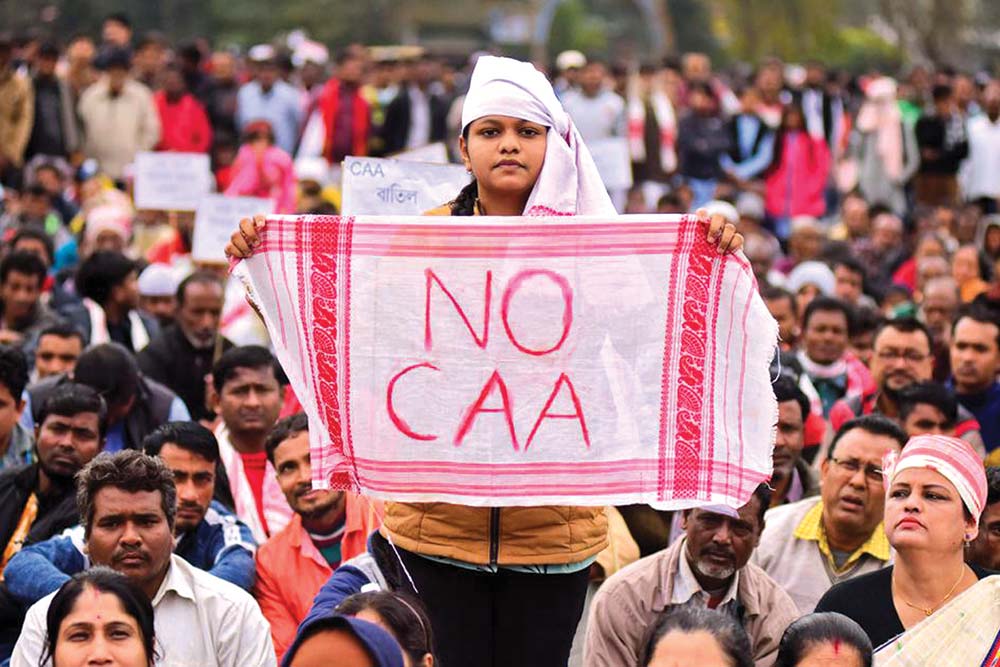 An anti-CAA demonstration in Assam

For all the bad blood and bloodshed that the citizenship amendment act (CAA) generated since the government enacted the law last December, only six people from Bangladesh have been granted Indian citizenship in 2020, official data tabled in Parliament show. That’s a number the BJP would be happy to showcase—to counter opposition to the legislation in Assam ahead of assembly polls next year. The prime argument against the CAA in the state bordering Bangladesh was that the law would open the doors to untrammeled immigration from the neighbouring country. Immigration is an emotive issue in Assam and it has shaped election discourses since the 1980s.

The CAA grants Indian citizenship to persecuted non-Muslims from three neighbouring countries—Pakistan, Bangladesh and Afghanistan. The law faces criticism across the world for using religion as a basis for determining refugees.

In a written reply in Rajya Sabha, junior home minister Nityanand Rai said records of citizenship are maintained under the citizenship act of 1955. “These records are not...