Birth Of A New Hindu Nation

It can’t be without reason that the RSS now says a mandir alone will come up at the disputed site. The Sangh has been carving a Hindu India since ’92. 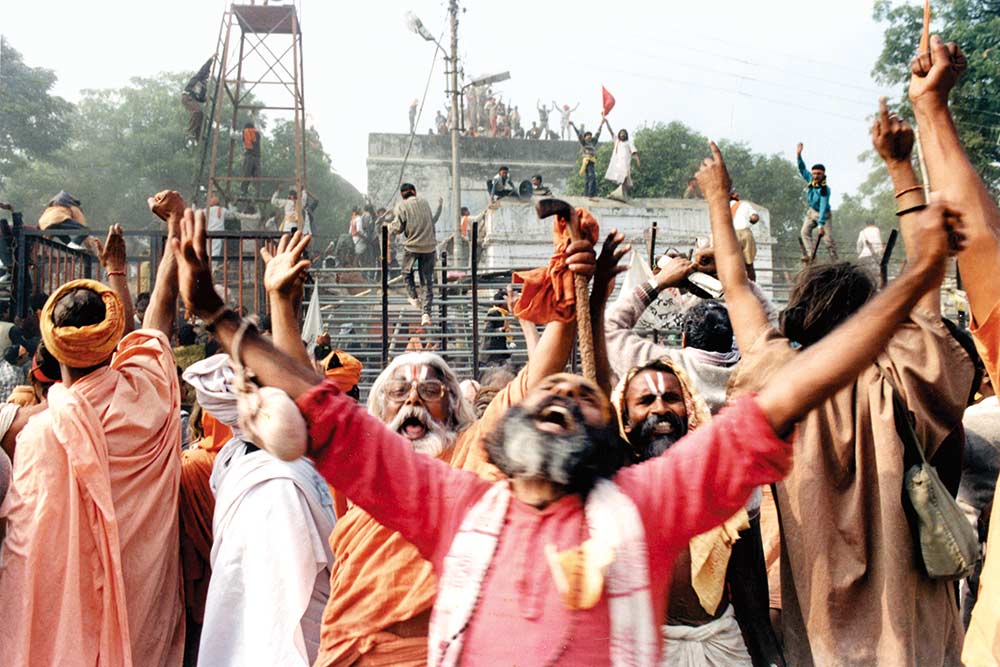 A quarter century has passed since the Babri Masjid demolition. Every year, Hindutva forces celebrate this day as ‘Vijay Diwas’ (Victory Day), as a ritual, but perhaps with a sense of guilt and helplessness—for them, Ram, despite being ‘liberated’, rem­ains homeless all these years. In the changing political context, the silver jubilee year marks a watershed as the RSS gears up for what they offer as a grand metaphor—the return of Ram to Ayodhya—by turning into a reality the ‘Mandir wahin bana­yenge’ slogan, once considered merely rhetorical.

Symbols and rituals are embedded in the Hindu nationalist agenda; hence, the first step in this direction has already been initiated with the symbolic return of Ram to Ayodhya this Diwali by lighting almost two lakh lamps on the banks of Sarayu, creating a great spectacle. Now the Sangh parivar is zealously taking up the next step by fast-tracking the temple construction agenda. Thus, without waiting for the Supreme Court decision, RSS chief Mohan Bhagwat recently...