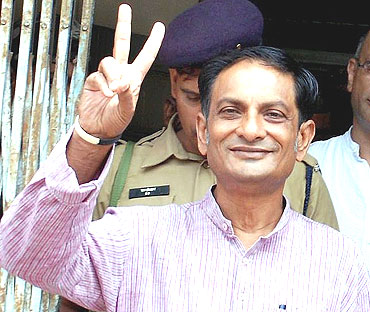 A fictitious case with no evidence shouldn’t have taken two years. Neither the lawyers nor I can understand why it took so long. Now that it has come, I am very grateful.

After what happened to you, wouldn’t people be afraid to take up human rights issues?

I’m the ‘index case’ that is indicative of a malignant change worldwide. This trend of charging senior activists with fabricated cases is having serious effects on the field of human rights.

What propelled you to work amidst the tribals in Chhattisgarh?

It was not a one-off decision. There are plenty of others doing this. We followed the ‘logic of epidemiology’—instead of singling out the disease, we go to the population suffering from it.

Why did the government target you?

I was outspoken to public effect. I criticised the Salwa Judum and encounter deaths. The Chhattisgarh government felt it couldn’t stomach this criticism any longer.

Is there a disconnect between PUCL, NGOs and the...