Biking Back To Happiness 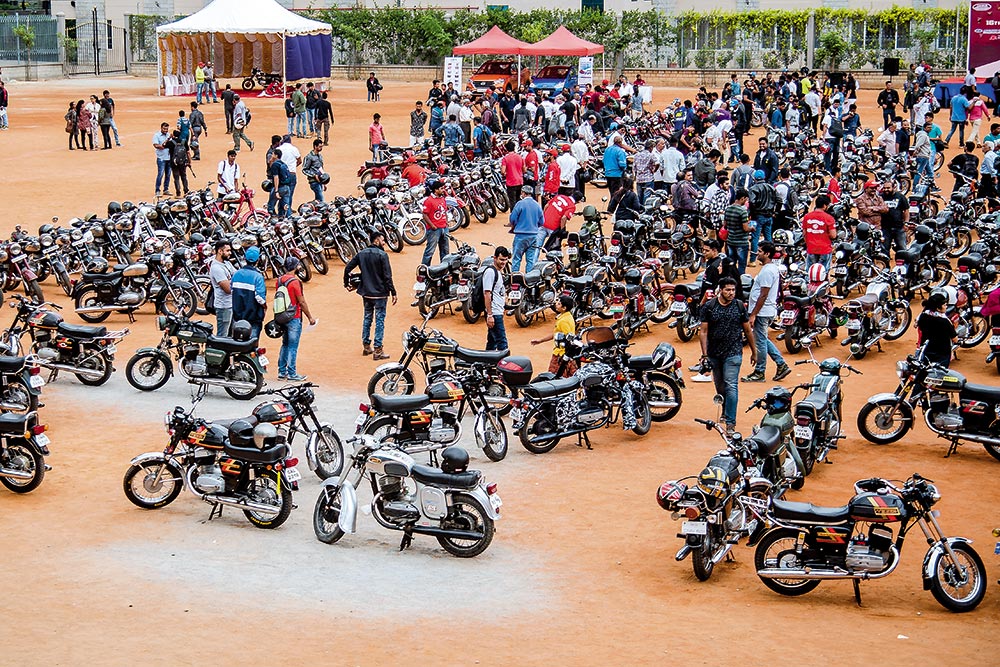 It’s difficult to hear the soft-spoken Ravi Thirumale amid rumbling thunder on the streets of downtown Bangalore this second Sunday of July—the day motorheads buff up their old Jawa mot­orcycles and troop into town, bringing to life a beat from a time gone by. Thirumale, dressed in a white shirt, formal trousers and black shoes, is reminiscing about an era that many can’t forget: the mid-seventies, when he scorched up the race track at Sholavaram, near Madras. Until then, the Ideal Jawa factory team had been unbeaten and after the races, Ravi—then a 23-year-old fresh out of engineering college— was offered a job at their factory in Mysore.

“This is one bike in my entire racing car­eer which has never let me down,” said Thirumale at the International Jawa Day last week. Indeed, motorcycle ent­husiasts haven’t let the Jawa brand fade away long after the factory shut down. There’s many a youngster who still fancies one, to relive some borrowed nostalgia. Then, there’s the buzz about an impending...