Time for hatchet jobs and a dive into the oasis of calm thoughtfulness with the Indian Quarterly. 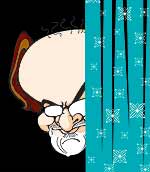 It’s already being called the hatchet job of the year: novelist Zoe Heller’s review of Salman Rushdie’s memoir Joseph Anton in the New York Review of Books. She hits out at “the lordly nonchalance with which Rushdie places himself alongside Lawrence, Joyce and Nabokov in the ranks of literary merit”. In another place, about Rushdie saying he started going to nightclubs like the Moomba to show he wasn’t afraid to lead a normal life, Heller retorts: “If he hadn’t been out there, frugging with Padma at Moomba, the terrorists would have won, you see”. Well, we were just recovering from Mihir Sharma’s attack on Tavleen Singh’s Durbar in the Business Standard when hatchet jobs just got better.