Bhubaneswar's ‘Smart City No. 1’ Tag Gets A Rainwash

How Bhubaneswar city turned into one where water-­logging is the norm on rainy days is a study in all that is wrong with our urban planning. 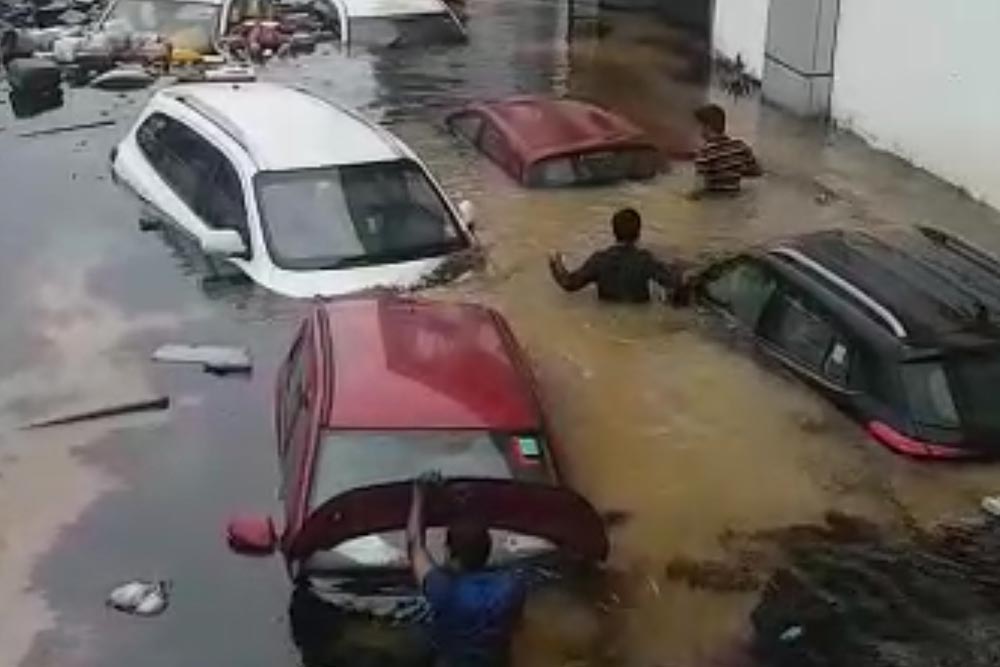 Unawares
Several parts of Bhubaneswar were flooded after just a night of rain
Photograph by Sanjib Mukherjee
Sandeep Sahu July 25, 2018 00:00 IST Bhubaneswar's ‘Smart City No. 1’ Tag Gets A Rainwash

A car was swept away by gushing rainwater. Odisha Disaster Rapid Action Force personnel and firefighters rescued mar­ooned people. The administration provided food to those unable to come out of their houses. People waded through waist-deep water. Pumps were used to drain out water from residential areas. This was the first time in years that Odi­sha capital Bhubaneswar witnessed such scenes. Half the city went under water after it rained through the night of July 20. More rains followed the next day, washing away all the grandstanding by the Odisha government and the Bhubaneswar Municipal Corporation (BMC) about being the ‘No. 1 Smart City’ in India.

Bhubaneswar received the highest rainfall of 180.6 mm on a single day after the Phailin cyclone in 2013 when the city had recorded 184 mm on October 13. Jatani block of Khordha district (of which Bhubaneswar is a part) and Barang block of neighbouring Cuttack district received 255 mm and 205 mm, respectively, surpassing both Phailin (215 mm and 120 mm) and the 1999 Super Cyclone (213 mm and 60...