In an interview to Outlook, Bhim Army chief Chand­rashekhar Azad says his sole aim is to defeat the BJP in this election. 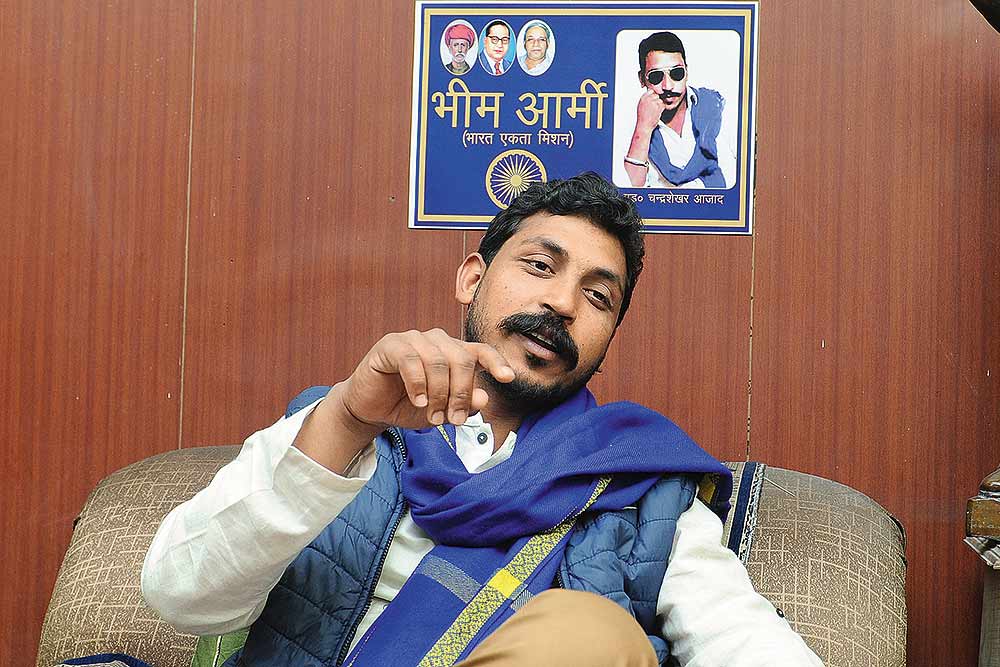 Days after announcing his decision to challenge Prime Minister Modi in Varanasi, Bhim Army chief Chand­rashekhar Azad  says his sole aim is to defeat the BJP in this elect­ion. In an interview with Preetha Nair, Azad also scotched rumours of an alliance with Congress. Excerpts:

What’s behind your decision to take on Modi in Varanasi?

Modi is anti-Dalit, his government’s policies have ruined the country. I’ll make sure he’s not re-elected to the Lok Sabha. I have requested the SP-BSP-RLD grand alliance to support me in Varanasi to defeat the PM and send him back to Gujarat. We’ve taken a pledge to defeat the BJP.

But you’d said the Bhim Army wouldn’t be in the fray….

During our rally in Meerut, we were arrested though we had permission…our members were beaten up and detained. If Modi retu­rns to power, the Bahujan will be at the receiving end. It will sound a death-knell for all things constitutional. Our...