The Look East Policy, launched in 1991, has merely rejoined coastal India to its old ports of call in South East Asia. The Northeast wistfully awaits even the unflattering destiny it was promised—of being India’s overbridge to ASEAN. 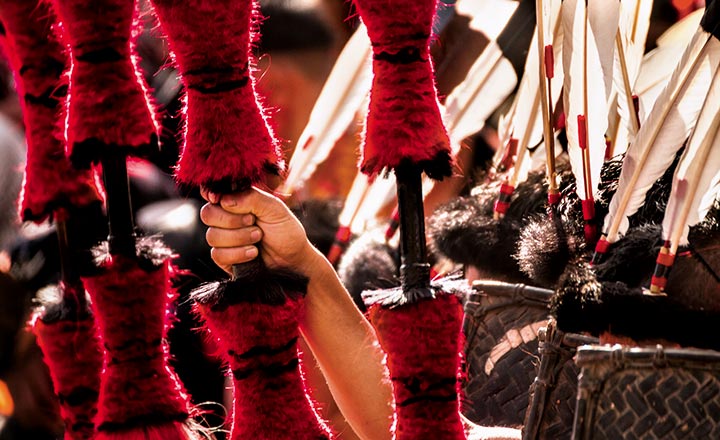 The fearsome Naga spear is a dancer’s plumed prop in peacetime
Photograph by Getty Images
Patricia Mukhim October 30, 2018 00:00 IST Between Look East And Act East Is A Swinging Bridge That Divides

It’s a double reality. For most people across India, the Northeast conjures up images of faintly xenoid people dressed in exotic costumes or armed militants in fatigues; a mysterious place with picture-postcard locales and never-ending jungles; eight states lumped as one geographical unit; people of different ethnicity, culture and language grouped as one homogeneous entity. Such broad-brush generalisations seem prima facie kosher, for the eight states with a population of 46 million send only 26 MPs to Parliament.

Granted, these states are small. But judge by internal complexity: they comprise an assortment of 328 tribal groups at last count. This diversity is reflected in their weaves, their dances, cuisine and their understanding (or lack of it) of the problematic term “nation”. Every ethnic group here has its own concept of nation which, in their mind’s eye, does not even remotely resemble the map of India. Recently, a lawmaker from Punjab, flying smack in the face of online outragism, said he felt closer to Pakistan in terms of culture and food...