Between Azaan And Ashtami

As Mamata vigorously accepts the BJP’s communal challenge in Bengal, she falls afoul of her old allies 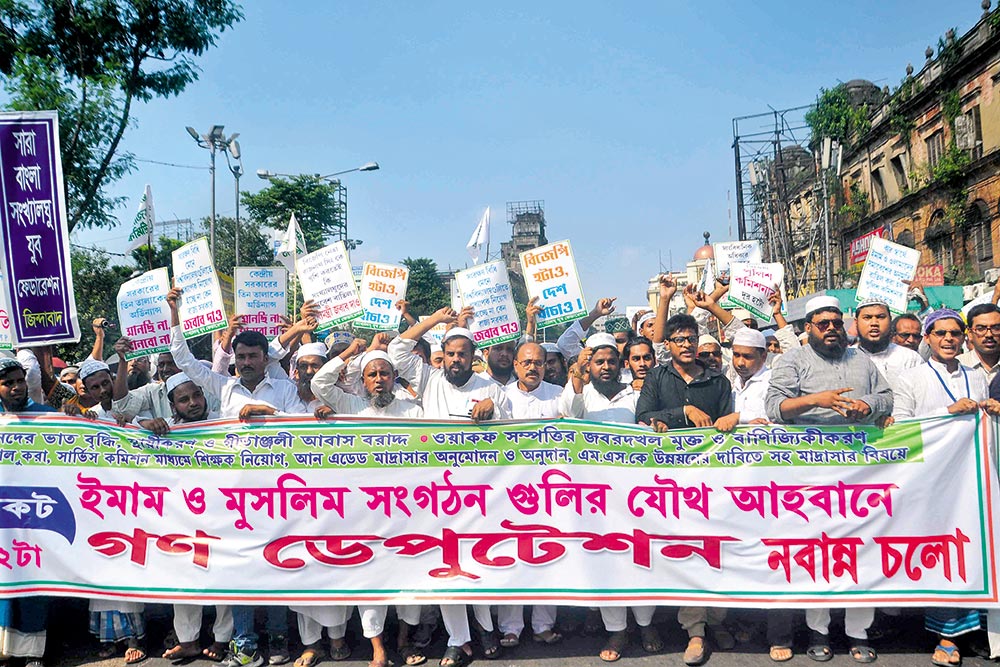 Muslims lay out their demands at a recent rally in Calcutta
Photograph by Sandipan Chatterjee
Rajat Roy October 10, 2018 00:00 IST Between Azaan And Ashtami

Taha Siddiqui, Pirzada of Furf­ura Sharif, Hooghly, a leading conservative Muslim voice in West Bengal, is angry with Mamata Ban­­erjee’s Trinamool Cong­ress gov­ernment. He has voiced his dis­­enchantment in public, saying arc­hly that Mamata must not take Muslim voters for granted, kno­wing that the TMC can ill afford to ignore discontent within the community that comprise 28 per cent of the state’s electorate, that too months before Lok Sabha elections, wherein Muslim voters’ support is crucial for the TMC to thwart the gro­wing threat of the BJP. At a protest rally in Calcutta, Siddiqui said the TMC was as adept in communal politics as the BJP.

The immediate ‘provocation’ was a rec­ent decision made by the government to give a Rs 10,000 grant each to all the community Durga Puja committees this year. For 28,000 such pujas across Bengal, the total expenditure from the exchequer would be Rs 28 crore. Openly questioning Mamata’s secular credentials, he said the government should not sponsor...