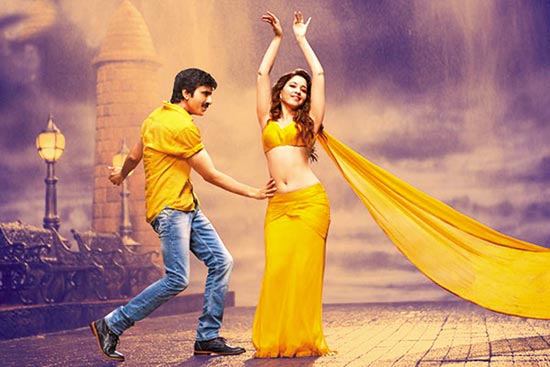 A droplet of water slides from Tamannaah’s forehead, makes it way down her nose, neck and cleavage till it lands in her belly button. An ecstatic sigh follows, as does a rain song where Tamannaah sways sensuously with the camera caressing her curves. Never mind the song, no one remembers it. The more things change, the more Telugu mass masala films remain the same. And Ravi Teja, nicknamed Mass Raja, is tailormade for the role of Aakash in Bengal Tiger. A village bumpkin in lush green Atreyapuram, Aakash wants to become famous when he is egged on by a prospective bride. He takes the quick route by chucking a stone at a minister (Sayaji Shinde). After a series of heroic fights, Aakash worms his way into the heart of the home minister and his daughter (Raashi Khanna). The...