Behind The New Offside Rule

If the ISL becomes our top football league, teams like Aizawl FC would have to sit out. Do the gains from the money-spinner match the honour? 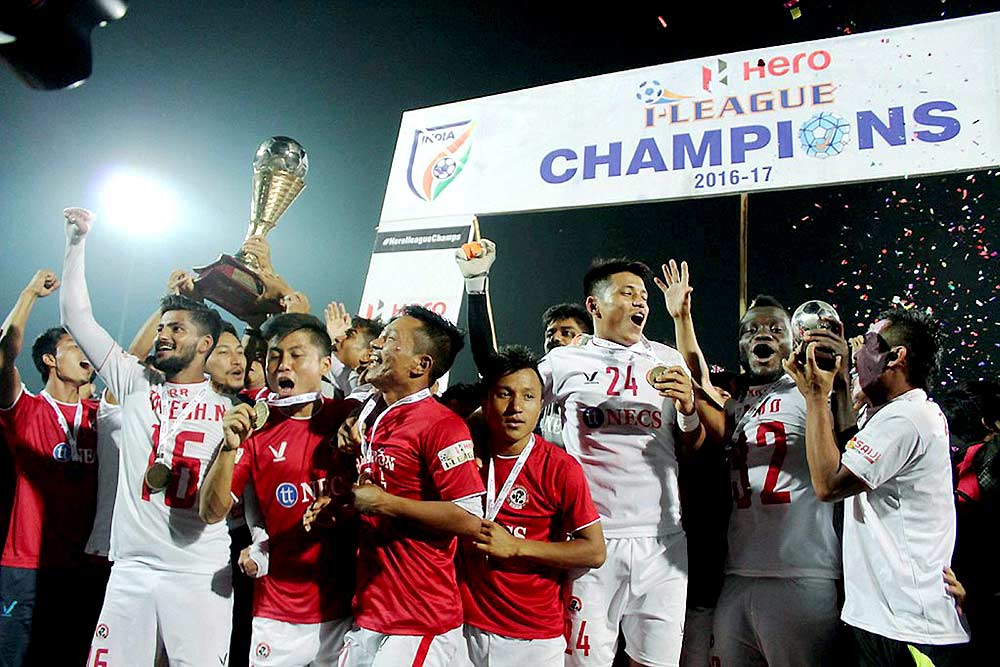 Aizawl FC footballers celebrate after their I-League win in Shillong
Photograph by PTI
Siddhartha Mishra May 18, 2017 00:00 IST Behind The New Offside Rule

Our newspapers are normally all aclutter with football news—rep­ortage from the English Premier League, La Liga and Serie A, where titans of the modern game exult defiantly after their latest exploits. But suddenly, Indian soccer is making news. Even in the times of cloying ‘super sixes’, and hackneyed cheerleaders at cricket’s biggest carnival, IPL had to share headline space with the I-League. A little known football club, Aizawl FC, had won the dom­estic tournament. And a few weeks ago, the Indian national team had made it to the top 100 of FIFA’s ranking for the first time in 21 years, albeit tied with Nicaragua, Lithuania and Estonia for that final 100th spot.

But soon, Aizawl FC’s achie­vement—a feat no less miraculous than Leicester City’s EPL win last year—had drifted down a predictable path: of state apathy and petty politics. Two days after Aizawl FC was crowned the best football club in India—the first from the Northeast—it said in an dramatic press release that it would “resort...