Before All The Galata 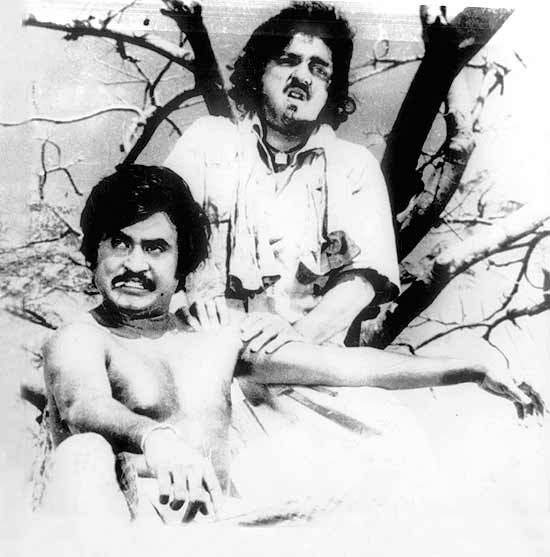 Well, she was just 17,
You know what I mean,
And the way she looked
Was way beyond compare...”

Lennon and McCartney’s immortal lyrics apply equally well to Sridevi.  She donned the greasepaint at the tender age of four for M.A. Thirumugham’s devotional Thunaivan. Her breakthrough role as an adult was at 13 in Bharathiraja’s 16 Vayathinile, alongside Kamalahaasan and Rajnikanth. Thus, at 17, in 1980, Sridevi was already something of a veteran. That year, the actress had a staggering 20 releases in Tamil and Telugu. Of these the ones that have stood the test of time are J. Mahendran’s Johnny and K. Balachander’s Varumayin Niram Sigappu. Though Johnny revolves around Rajnikanth in the double roles of a conman and a hair stylist, Sridevi has a powerful part as a renowned singer who touches both lives. Ilaiyaraja was in his pomp and Sridevi gets to lip-sync classics like...