Multinationals with tepid performances are no longer favourites 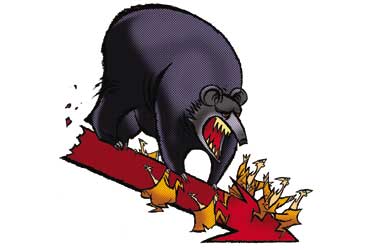 outlookindia.com
-0001-11-30T00:00:00+05:53
It took an announcement of a share buyback by Reckitt Benckiser this March to resurrect the fortunes of its scrip. After the proposal for buying back 49 per cent of the public holding at Rs 250 per share, the scrip, which had been stuck in the Rs 160-190 range for the previous nine months, shot up to Rs 240. But Reckitt was lucky; most multinational company stocks were down in the dumps till early this year despite the general swadeshi brigade-induced feeling that the country is being bought over by the giant corporations!

In fact, quite the contrary has happened. The attraction of MNC stocks, the traditional movers and shakers of the stockmarkets with their high share premia, robust performance and professional management, has eroded steadily. Their combined market capitalisation (if you exclude itc and Hindustan Lever) account for Rs 47,291.6 crore or 7.8 per cent of the total market capitalisation—down from 10.9 per cent in 1999. And this, despite the shoring up of some stock prices with buyback offers. In most of these companies, promoter holding tends to be high (51...