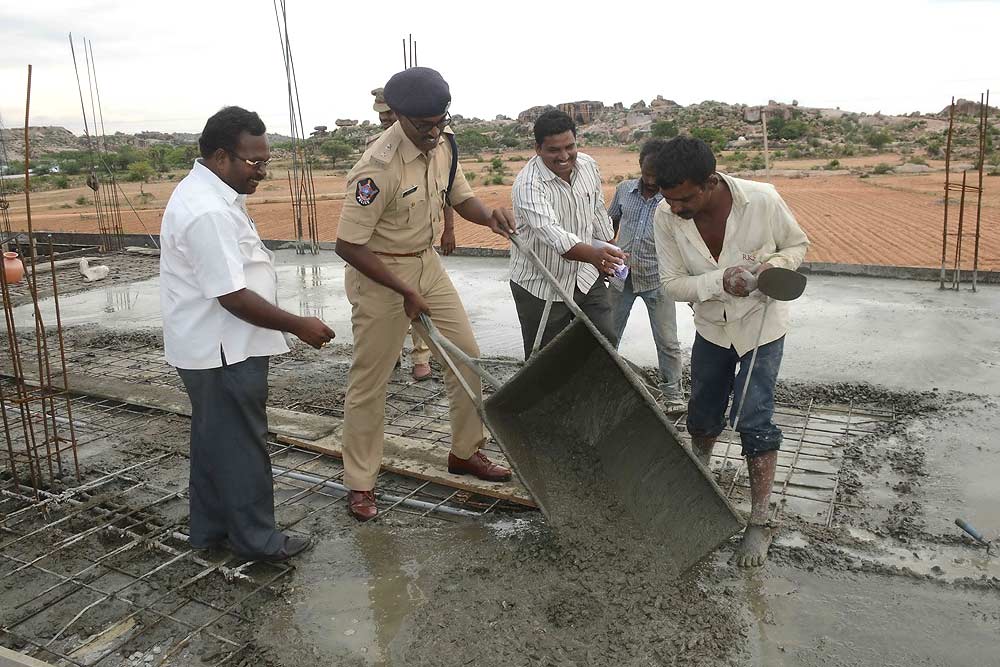 Load Off
The officer lends a hand

Until a few years back even the name of Kappatralla village in the badlands of Rayalaseema evoked such fear that government officials would run away from their designated visits and, consequently, development was bro­ught to a standstill. Nestled amidst rocky hillocks in an arid stretch of land in Kurnool district of Andhra Pradesh, the village is the prime illustration of the bloody factional feuds the region, once ruled by Sri Kri­shnadevaraya of the Great Vij­aya­nagara empire, is ­notorious for. The then system of Palegars (local land and war lords) extended into the dem­ocracy of today where these chieftains polarised villages on caste, political lines and fought for ­supremacy.

Kappatralla, in the Devanakonda tehsil, is classified as a volatile zone with frequent cases of riots with firearms, hunting sickles and crude bombs. Dozens of people have died in clashes in the past four decades.

The village has lagged behind on all growth parameters like literacy, health and employment all these years but shows a positive male to female...