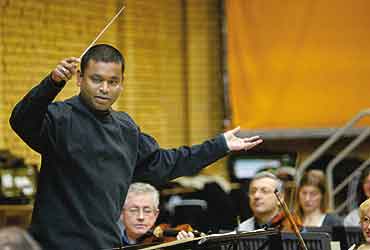 outlookindia.com
-0001-11-30T00:00:00+05:53
In the mid-1930s, when the country's first woman music director Saraswati Devi joined Bombay Talkies, she was taken to an empty room and told it was her music room. The message from the studio bosses, the most formidable of the pre-Independence era, was that she had complete freedom and a clean slate.

This summarises the story of Hindi film music in the 1930s. The decade witnessed the advent of the talkie (Alam Ara, 1931) as well as playback singing, New Theatres' Dhoop Chhaon and Bombay Talkies' Jawani Ki Hawa. Free of legacy's encumbrances, music directors of the period—Khemchand Prakash, Pankaj Mullick, Keshavrao Bhole, Anil Biswas—brought in new instruments, sounds and methods. Often, grains of rice were dropped on a metal plate to record the sound of rain. The result: a new stirring music that set the tone for the coming decades.

The efflorescence of later decades has partially blinded us to the sheer innovative spirit of the 1930s—the era that set in place the building-blocks of a new imagination. Seven decades on, we could be...