‘Child-lifters’ on the campaign trail? Rhetoric creates its own jungle raj in a heated battle—Tejashwi Yadav is the prime target of personal digs…. Chirag Paswan cops a few too. 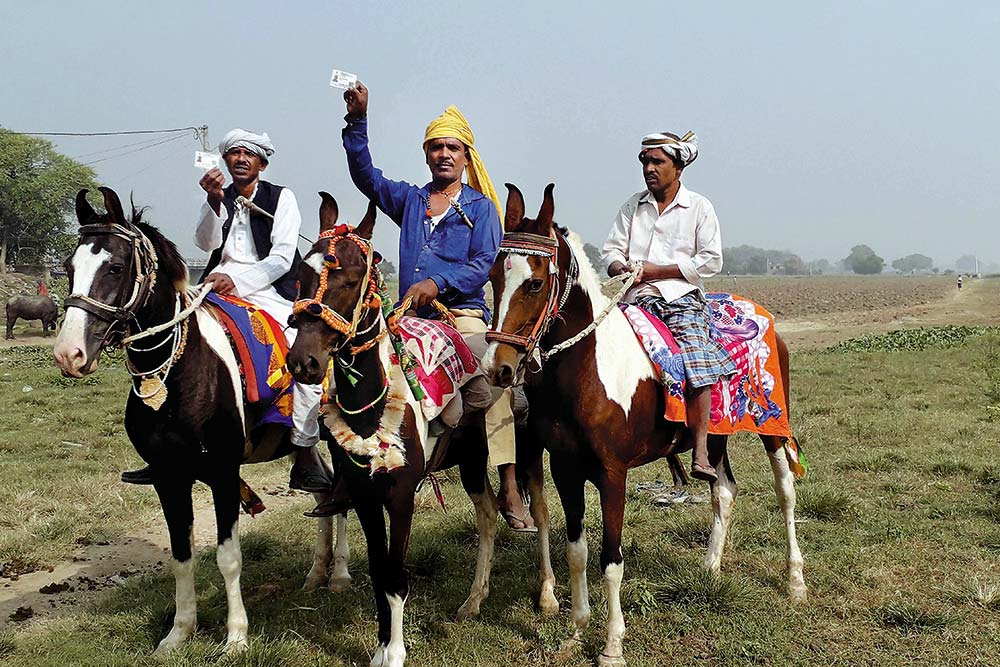 It is free-for-all in Bihar. Ahead of the assembly poll results on November 10, barbs and innuendos, mostly below the belt, are being thrown at rivals with impunity. The seemingly close contest between the NDA led by CM Nitish Kumar and the mahagathbandhan spearheaded by Tejashwi Prasad Yadav has had more lows than highs, with PM Narendra Modi setting the tone. “You have to remain alert against Jungleraj ke Yuvraj (prince of jungle raj). If they get an opportunity, they will take the state back to those dark days, when mothers would dissuade their children from going out by telling them a lakadsunghwa (Bihari slang for child-lifter) was on the prowl,” Modi told voters at his rallies in north Bihar, referring to Tejashwi and harking back to the RJD regime of his parents, Laloo Prasad and Rabri Devi, when the Patna High Court had equated lawlessness in Bihar to ‘jungle raj’.

Tejashwi’s opponents have also lambasted him for talking about how the poor used to hold their heads high while walking past the Babusahabs (as Rajputs are...