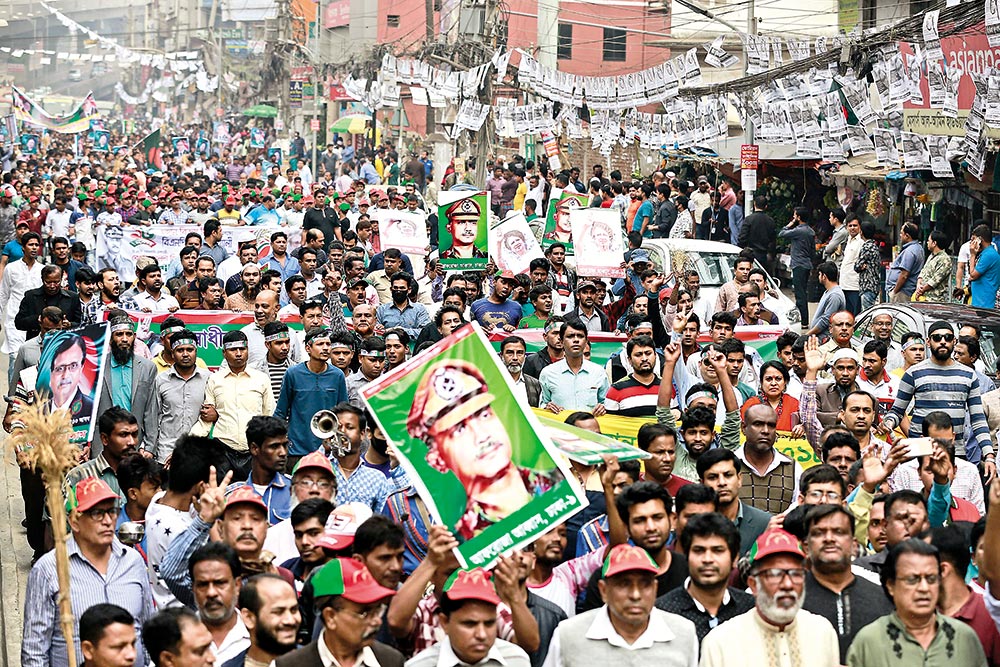 The opposition Jatiyo Oikya Front workers at a rally
Photograph by AP
Syed Badrul Ahsan December 20, 2018 00:00 IST Bangladesh Elections Promise To Be An Indicator Of Where The Country Goes

The people of Bangladesh go to the polls to elect a new parliament and a new government on December 30. The eleventh in the country’s parliamentary history, the polls have, unsurprisingly, generated intense speculation in the country and abroad.

From a historical perspective, Bangladeshis have alw­ays been proactive in struggling for democracy or political pluralism. The current campaign for elections needs to be seen against this background. The caveat here is that elections since the birth of the country in Dec­ember 1971, have not been free of controversy. Charges of rigging, coupled with violence by activists of principal parties, have consistently undermined elections. Indeed, Bangladesh is a rare instance of a polity where general elections have, on a number of occasions, been supervised by caretaker administrations in charge between the end of a government’s term and the inauguration of another.

The caretaker system drew to an end when the Awami League, led by Sheikh Hasina, rode back to power in polls overseen by a military-backed...