With polls pending, Khaleda Zia in jail and Hasina pampering Islamists, Bangladesh is on edge 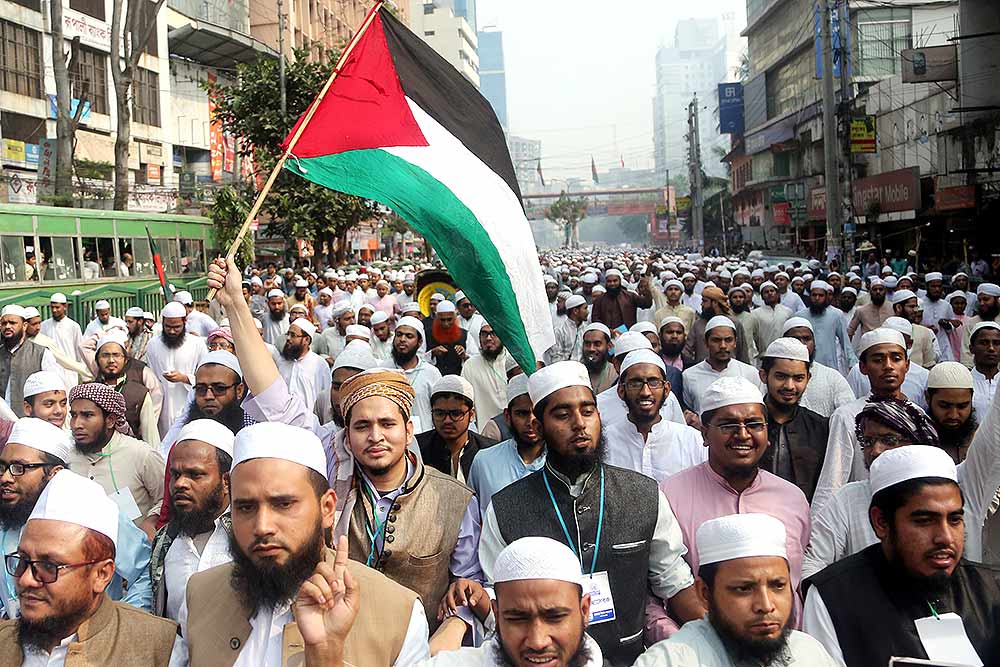 Hifazat-e-Islam supporters in Dhaka. Some of Sheikh Hasina’s policies are seen as acceding to their demands
Photograph by Getty Images
Pranay Sharma February 28, 2018 00:00 IST Balancing The Wheel

Bangladesh, in recent decades, has been ruled by two women. The first one, Khaleda Zia, led a regime that was corr­upt, anti-­Indian and governed with the fundamentalist Isla­mic group Jam­­aat-e-Islami, before she lost power. Sheikh Hasina, who came in next, was not very different. But despite allegations of corruption and a growing autocratic way cropping up aga­inst her, it was her avo­wed commitment to secula­rism that made the Awami League lea­der India’s preferred choice as an ally.

That position of comfort and dependabi­lity is being questioned by many in Bang­ladesh and India. They want New Delhi to review its decade-long position and deal with the emerging reality in Dhaka.

The discomfiture stems from the Ban­gl­adesh prime minister’s recent cosiness with radical Islamic groups like the Hefa­zat-e-Islam—which demands...