Back To The Divine Rhythm 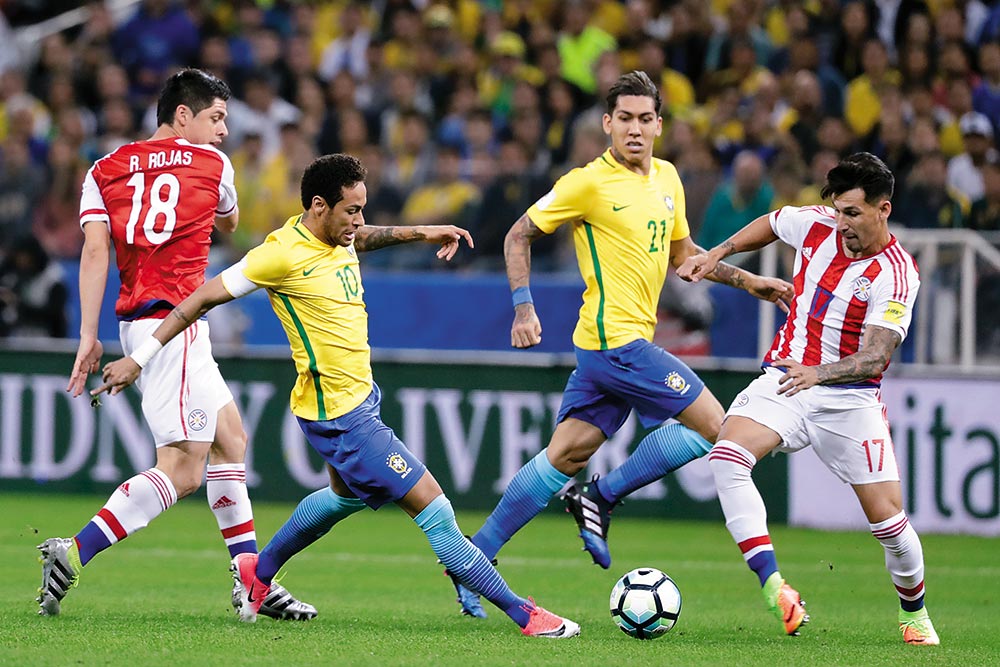 Front Foot
Neymar (left) goes for the ball during the 2018 World Cup ­qualifier against Paraguay
Photograph by AP
Siddhartha Mishra April 07, 2017 00:00 IST Back To The Divine Rhythm

Brazil are the first nation to qualify for the next football World Cup in Russia in 2018. This would not strike as anything unusual had the world of football not witnessed the Selcao’s Belo Horizonte catastrophe close to three years ago. The mention still tugs painfully at a Brazilian football fan’s heartstrings: Brazil 1-7 Germany, that too on home territory.

“I was commentating on that game,” says writer and football expert Novy Kapadia. “At the time, most of us thought it would take them years to recover.” But look at them play now and it’s certain they are on road to recovery. It feels as if some of that rhythmic magic is on its way back. “They are more creative, and dominate games for longer periods. Their confidence has ­returned,” says Kapadia.

Brazil currently sit at top of the South American qualifying table after playing fourteen games for Russia 2018. The continent is probably the most hotly contested. Messi’s Argentina are fifth and Chile, boasting the likes of Alexis Sanchez and Arturo...