A new spectre roils Kashmir’s ravaged political landscape and sparks fierce debates. Even ­Islamist Hurriyat has to cede to the young hotheads who speak in the name of Islamic State. 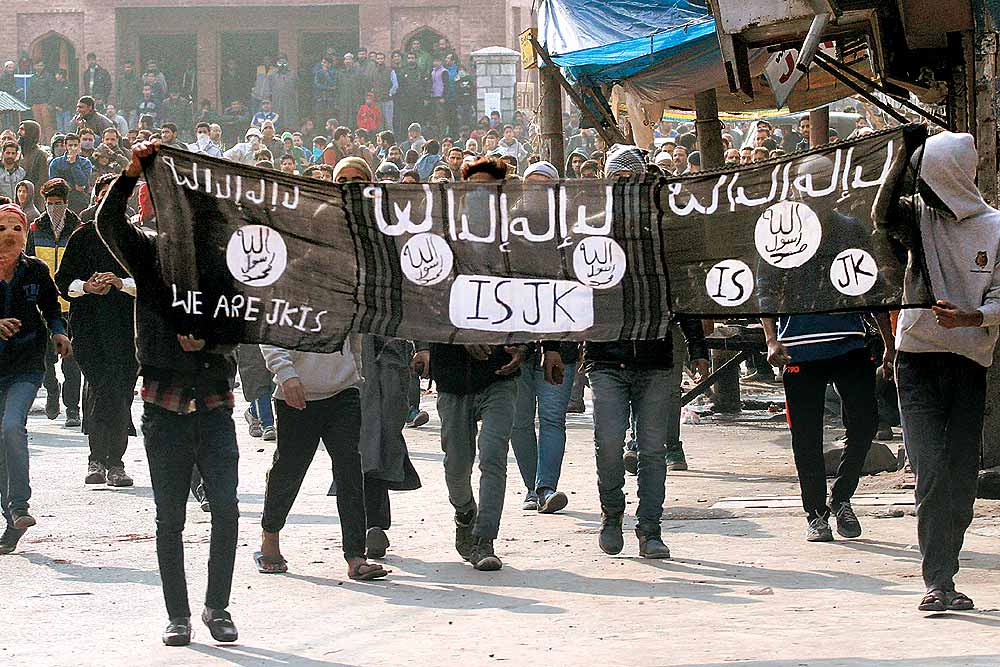 On April 7, as evening fell over Karimabad, which otherwise had nothing to distinguish it from a typical south Kashmir hamlet, an unprecedented scene was witnessed. If the village is a tiny punctuation mark en route to Pulwama, that moment too was like an inflection point in a long, tortured narrative. Some six gunmen appeared, out of the blue, at slain Hizbul Mujahideen commander Naseer Ahmad Pandit’s grave to pay respect. Nothing unusual yet.

But the backstory first. Pandit was killed the same day last year in a gunfight in Shop­ian—another Hizbul militant, Waseem Ahmad Malla, too was killed in that scrimmage. But Pandit’s was an odd trajectory: he was a cop-turned-militant. In 2015, the then 28-year-old constable with the Jammu and Kashmir Police decamped with two AK-47s and joined the Hizbul. He was a young man of principles, who was disillusioned after seeing the police up close, hand-in-glove with drug traffickers, says his father Ghulam Rasool Pandit. Pandit was seen as close to Hizb’s 22-year-old commander Burhan Wani, whose killing last...