At The Fire Ceremonies

Worshipping the ballot box, the BJP aims for a Hindu awakening in Bengal; the TMC plays along, then hits out 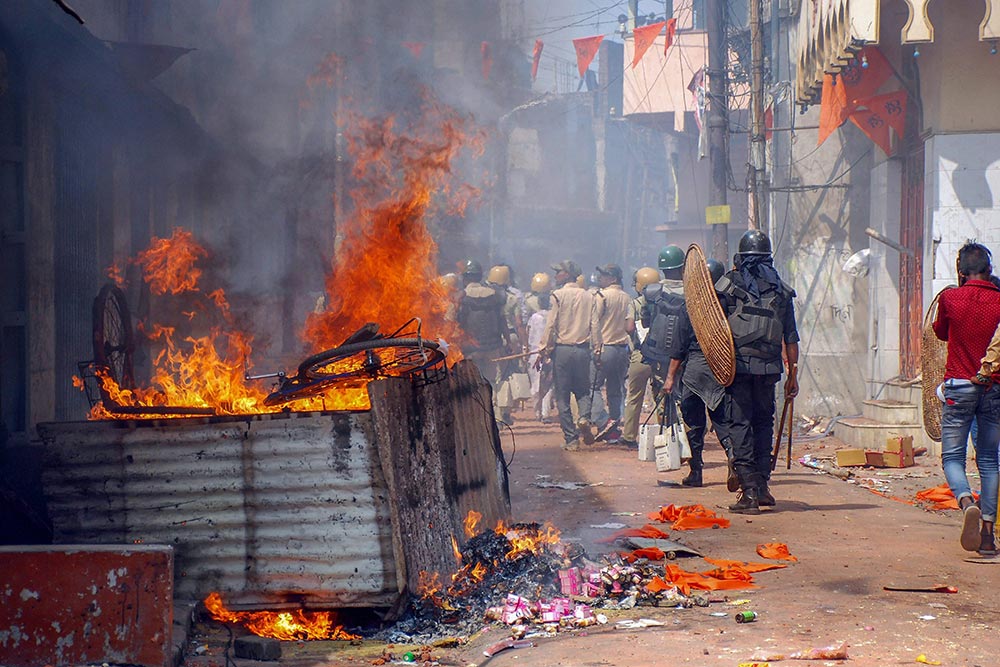 From the charred remains of homes in the Hill Bosti slums of Raniganj, it is hard to distinguish between a Muslim hut and a ­Hindu one. Except perhaps for spaces of worship in individual shanties that the flames somehow mis­sed. Those  fires were lit by mobs that cha­rged through the neighbourhood after communal clashes broke out during Ram Navami celebrations on March 26-27.

Take the house of 50-year-old widow China Badyanath, that was in the way of the rioting arsonists. She sits howling, hand on her head in a gesture of extreme hopelessness, atop the rubble—a tangled mass of burnt logs, pieces of soot-covered tin, its sharp, blackened edges jagging out. Nearby lie pieces of a trunk, its lid blown off, and which contained her life’s possessions—a few faded saris and some cash, a few thousand rupees, which she had saved up from her job as a domestic help. A rickety plywood cupboard for groc­ery—a sack of rice and some dal—is now a heap of cinders; the grain which had spilt out had got cooked in the intense heat; a...