Asleep In The Big City 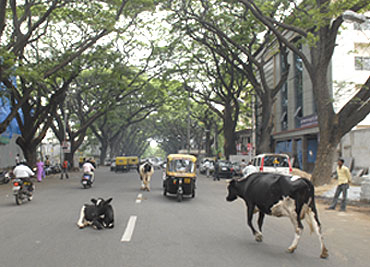 Senior BJP leader and former Union minister H.N. Ananth Kumar has represented the Bangalore South seat since 1996. Unlike the previous four terms, there’s no Ayodhya or Vajpayee wave this time. Instead, there is a BJP government in Karnataka. "If he is fifth time lucky, he’ll owe his victory to chief minister Yediyurappa," says a shopkeeper.

The complaint against Ananth Kumar is that he is "never available" and has done "very little". To add to this, he has a formidable opponent in Krishna Byre Gowda of the Congress. Then there is Captain Gopinath, founder of Air Deccan, who is contesting as an independent. As if to counter the "inaccessible" charge, Ananth Kumar has set up "AK Connect"—a mobile multimedia platform for people to reach him.

Among his claims are that as Union civil aviation minister, he ensured the signing of the Bangalore international...