What was the real motive behind the murderous attack on Pramod Mahajan by his brother Pravin? Was it plain sibling rivalry or something more sinister? The police is going about the investigation gingerly. But with the stakes being so high, will 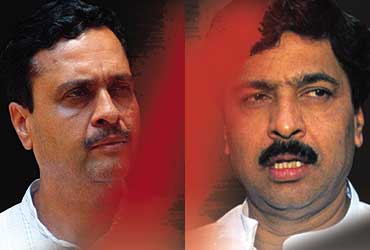 For There Are No Answers

"Everyone around him, including his PAs, became rich—except me. I was humiliated by Pramod on several occasions, including in public. He treated me like dirt."—Pravin Mahajan in his confession to the police on why he shot his brother Pramod Mahajan. With every passing day, the mystery deepens as to why Pravin Mahajan attempted to murder his brother, BJP general secretary and...