As DMK Chief, Stalin Has To Keep His Flock Together

As DMK chief, Stalin has to keep his flock together, set an agenda and meet challenges 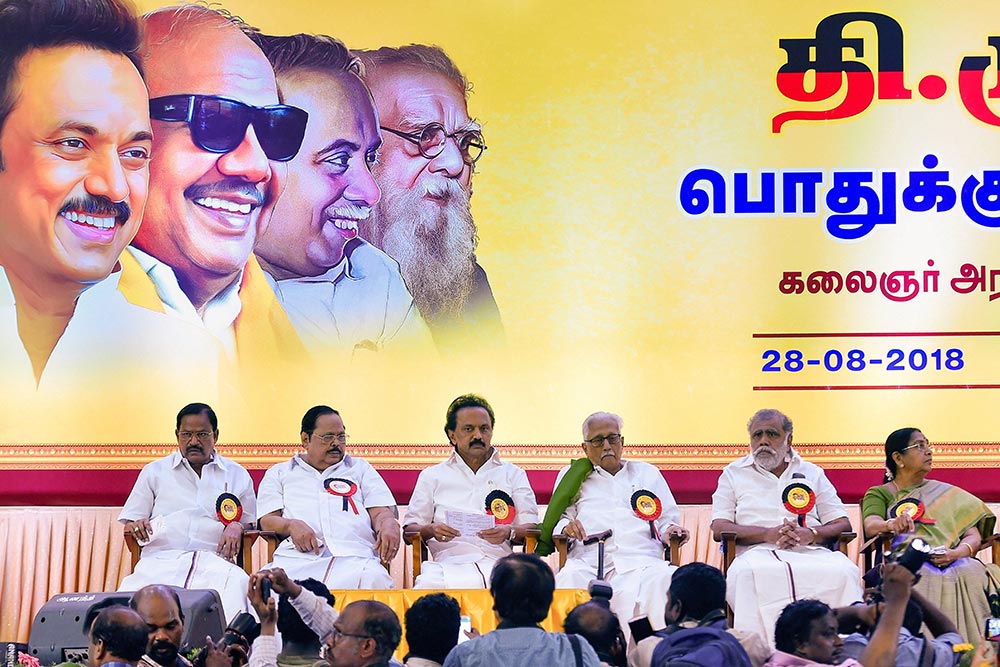 Stalin with DMK leaders at a meeting where he was elected party president
Photograph by PTI
G.C. Shekhar August 29, 2018 00:00 IST As DMK Chief, Stalin Has To Keep His Flock Together

The large poster which served as the backdrop on the stage says it plainly—a fourth profile had been added to the now familiar triumvirate of Periyar, Anna and Karunanidhi that used to be the DMK’s trademark canon. M.K. Stalin had been added to that poster, somewhat similar to a new superhero being added to the Avengers team.

Stalin’s unopposed election as DMK president on August 28, though, has never been in doubt. In 2014, when his cha­­llenger, elder brother M.K. Ala­giri, was expelled from the party, the name of K. Karunanidhi’s successor became clea­rer. In 2017, when Kalaignar’s illness saw his enforced retirement, Stalin was made the working president, in a newly created post. Anointed heir apparent thus, beco­ming the DMK president after his father’s demise remained a mere formality.

Stalin (65) and his supporters know that he cannot emulate his father. He nei­ther commands the historical connect with the people that Karunanidhi enjoyed, nor the intellectual intensity of the multifarious...