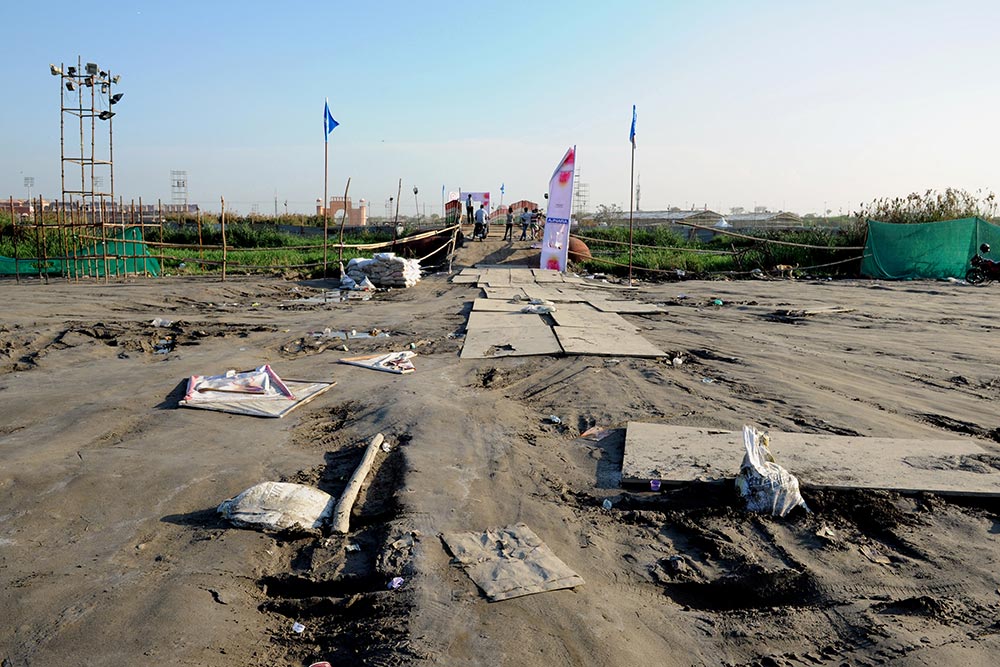 Sri Sri Ravi Shankar was aiming for a Guinness record and is on record saying that, in any other country, his eff­orts at organising the “world’s largest cultural event” would have been recogni­sed with an award. Instead, all he has got so far is an inte­rim Rs 5 crore fine order, imposed by the National Green Tribunal. The NGT has turned down the plea of Vya­kti Vikas Kendra (VVK), an NGO that represents Ravi Shankar’s Art of Living (AoL) Foundation in court, but the saga is far from over with AoL planning to appeal to the Supreme Court.

On March 9, two days before the World Culture Festival began in Delhi, the NGT had overruled objections and allowed the priv­ate event, but directed AoL to pay an int­e­rim fine for causing damage to the Yam­una’s floodplains by its preparations: the mega event finally attracted footfalls close to 37 lakh, according to AoL’s own claims. Ravi Shankar deposited Rs 25 lakh the next day, calling it a ‘cess’. In public, he waxed defiant, saying he would rather go...