Art For Art’s Sake Is An Elite Lie | By T.M. Krishna

Whether manifestly spoken or not, art is always political. How can it not be so in times when the political class is in cahoots with hate-mongers? 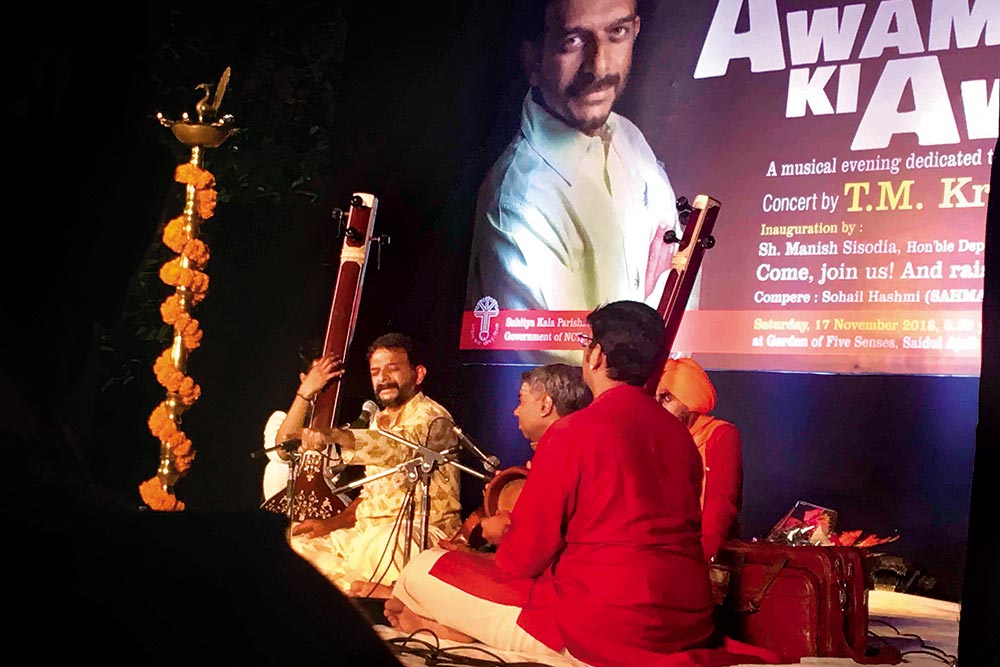 Sense Garden
Krishna sings at the alternative venue after his first Delhi concert was “postponed”
Photograph by PTI
T.M. Krishna November 28, 2018 00:00 IST Art For Art’s Sake Is An Elite Lie | By T.M. Krishna

A brief sequence of events first, about my November 17 concert in Delhi that was famously “postponed” at the last minute. The bare-bones story suffices to reveal the real nature of what had happened, alm­ost on the eve of that event. The schedule of Spic-Macay’s two-day ‘Dance and Music in the Park’ programme, of which my concert was to be a part, had been confirmed a few months ago. The whole show was to be co-presented by the Airports Authority of India (AAI). In early November, the AAI proudly tweeted that they were presenting my concert in Delhi as part of the two-day programme. I had retweeted their tweet. So far, so good.

It was on November 12 that the trolling began. The AAI was targeted viciously on social media for having associated itself with my concert. And I was of course anointed with the now-familiar abuses—“anti-national”, “urban Naxal”, “anti-­Hindu”—and questions were asked about how a person who is anti-BJP and critical of Prime Minister Narendra Modi could be featured...