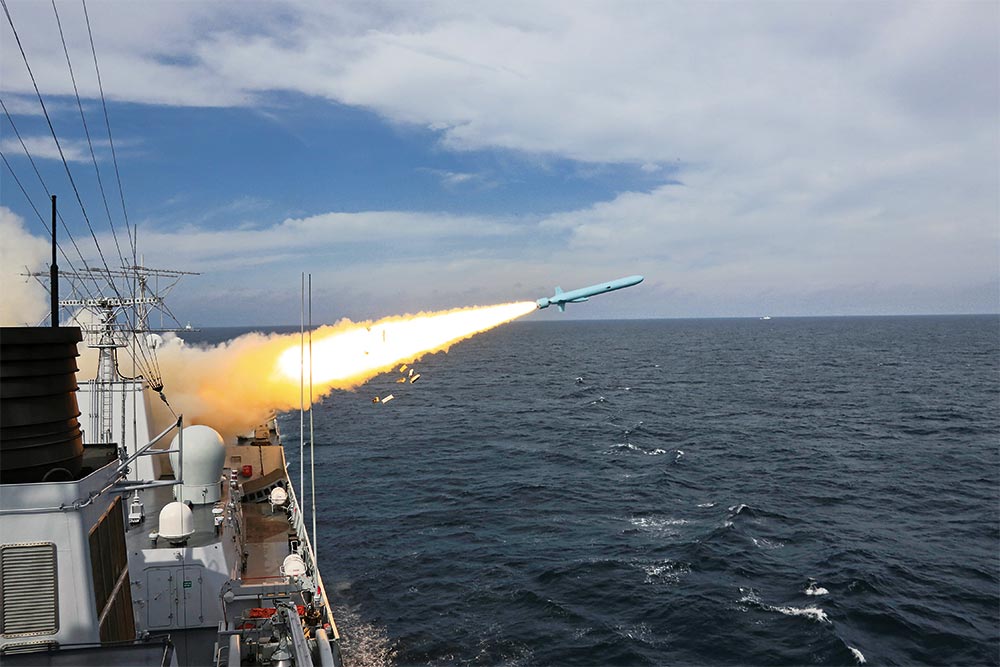 A Chinese destroyer fires a missile during a live ammunition drill in the East China Sea
Photograph by AP
Rana Mitter January 05, 2017 00:00 IST Anything But Pacific

December 7, 2016, saw the 75th anniversary of the Japanese attack on Pearl Harbor (December 8 in East Asia, thanks to the international dateline). The occasion was marked by visits of veterans to the site in Hawaii where World War II in Asia exploded into open conflict between the United States and the Empire of Japan. The sombreness of the occasion was made deeper by the knowledge that this was almost certainly the last commemoration that would be marked by the presence of living figures who remembered the days of the Pacific War. Yet, while distance has robbed us of most of the eyewitness accounts of that war, it has also enabled historians to come to some broader conclusions about its wider causes and meaning. One particular factor has come to the forefront of blame in recent years: the idea that mutual mistrust and misunderstandings helped drive two of the world’s great powers into open conflict in 1941. Make no mistake, the Japanese invasion of China in 1937 and Tokyo’s increasing desire to close off trade in Asia to any actors other than Japan were the key...