Anyone For A Second Show?

Talent, hubris and plain sin...suddenly, the lights turned red for the hero. Dileep’s journey—from a nowhere boy in old kolhapuris to superstar—has veered off to jail. 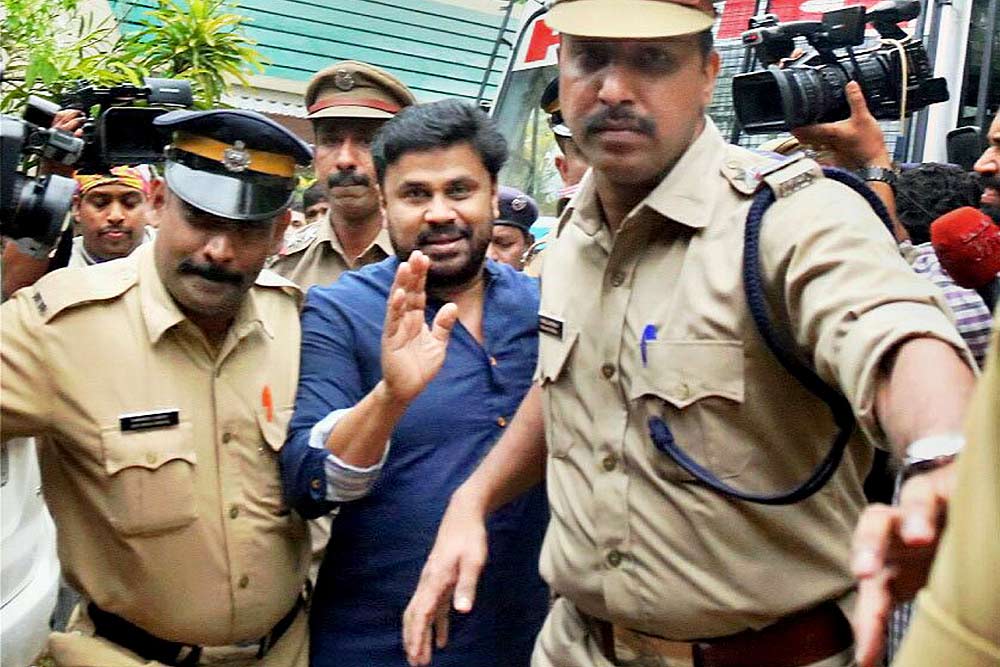 Fake Smile
Dileep being produced before a magistrate in Kochi on July 11
Photograph by PTI
Minu Ittyipe July 14, 2017 00:00 IST Anyone For A Second Show?

Macbeth’s heinous crime, in the Shakespearean trag­edy, pales in comparison with what Dileep is suspected to have done. Vaulting ambition spurred both men to erase anyone who stood in their way: the 11th-century Scottish noble committed regicide, while the Malayalam star systematically marginalised coll­eagues who challenged his turf or ego. The 48-year-old, largely known for his comedy-tinged act in family films, also portr­ayed some of the most sensitive roles in Mollywood. Yet, apparent vindictive­ness eventually saw him fall from the heights of popularity.

Kerala is still reeling under the news of the star’s diabolic crime. It’s an evil contract that was sealed, a conspi­racy the actor is said to have hatched three years ago. Dileep allegedly got a driver, aided by a gang of five, to abduct and sexually assault an actress-colleague—and get the act filmed. That task was finally carried out on February 17, just off Kochi. Police say Dileep wanted to exact revenge for, in 2013, she had reported an extra-­marital affair of...