The tricolour flew high in Asian football. Early stirrings of a recovery can be felt now. 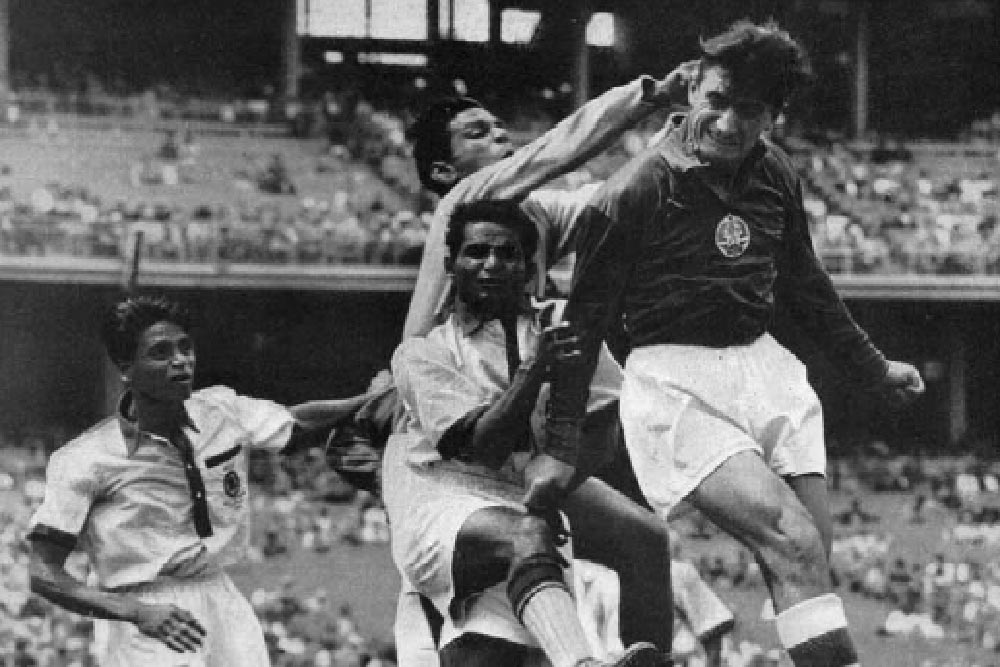 The Indian team in action at the 1956 Melbourne Olympics, where they reached the semi-finals

Football has been uniquely tied to the subcontinent’s history for more than a century and has closely reflected the social and cultural life of India. The rivalry between Mohun Bagan and East Bengal mirrored the regional conflict within Bengal, Moha­mmedan Sporting was perceived as a unifier of Muslims across the subcontinent. The Hyderabad City Police team was all the rage in Delhi and it is to their generous patronage that Karim’s in Jama Masjid owes its huge popularity. Poetry and music were composed to celebrate landmark victories and clever parodies of popular songs sung to enc­ourage a favourite team at the stadium. Loyalty to certain clubs has run through generations amon-gst families, and could sometimes be deeper than religious identity.