Now that the CBI has filed its chargesheet, it will need clearance and support from the government to push ahead with its probe as it charters tricky waters. 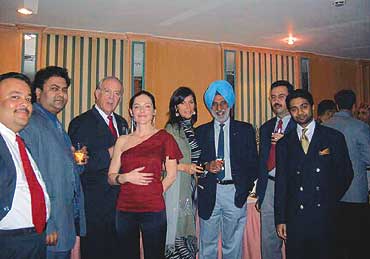 outlookindia.com
-0001-11-30T00:00:00+05:53
It has now become clear that the defence ministry and naval headquarters would like the scope of the investigation to be limited to the naval war room leak. At every stage the government has stated that there is no link between the war room leak and the Scorpene deal. But somewhere along the line the script has begun to go awry.

There have been too many discrepancies in positions taken on the issue by the MoD as well as the navy. In September, 2005, naval HQ had claimed that the leak pertained to "commercial information" such as patrol boats, diving equipment and some other routine equipment. Later it said that the information was of a classified nature. Now, after Shankaran has been declared a proclaimed offender and Abhishek Verma and several of its officers raided, the navy has no option but to duck uncomfortable questions.

So does the defence ministry. The fact that H.L. Bhatia, the undersecretary for contracts and purchases, has come under the scanner has raised questions about the links of bureaucrats with arms dealers. While the...