And The Hyena Laughed

Though ringed with swathes of hope, communalism is slow poisoning Bengal, as politicians fight over the spoils of hatred 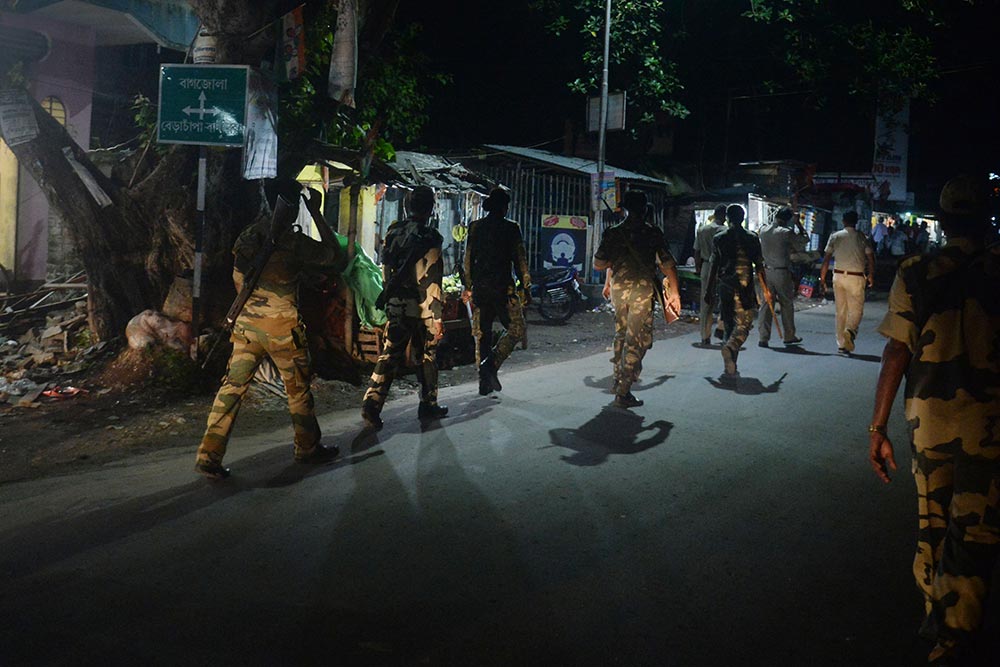 As evening desc­ends on the rem­ote village of Rudrapur in West Bengal’s North 24 Parganas district, fear grips the household of a local schoolteacher. He lives across the street from the house of Kaustav Dey (name changed), the 17-year-old whose Facebook page depicting an obscene cartoon denigrating an Islamic place of worship triggered communal clashes and spread to the nearby town of Baduria.

“For my family, it was like being in the epicentre of the violence,” he tells Outlook. Just inches away from his yard, on the front lawn of the Dey residence, a huge mob had gathered on the afternoon of July 3, the day after the Facebook post appeared. “They were calling out for him, asking him to come out,” he says. “Soon, we heard the sound of bombs exploding. Then we saw fire. They had begun to burn down houses owned by our community.... Would they enter our home and attack us? We feared for our lives. We feared for the honour of our women. The mob was unpredictable.... We left everything behind and just slipped away silently...