And Pegasus Is Off...

These stories are precursors to the Booker winner, with similar characters and incidents, and are better 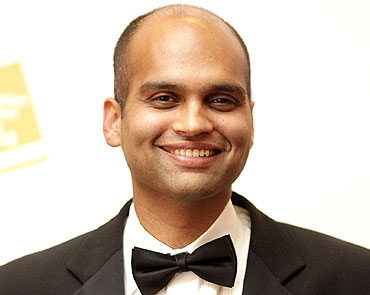 outlookindia.com
-0001-11-30T00:00:00+05:53
No sooner an Indian writer, hitherto unknown, wins a prestigious international literary award like the Nobel, Booker or Pulitzer, he or she soars skywards like the mythical flying horse Pegasus and is seen by earthlings as an astral phenomenon, an awesome manifestation of the divine. Every time it neighs, they construe it as a message from the divine. Even if it drops a turd, it is regarded as manna sent by the gods. We saw this happen to Vidia Naipaul, Salman Rushdie and Arundhati Roy. We are about to see it happen to Aravind Adiga. He has already started neighing. No one had heard of his name till his novel The White Tiger won this year’s Booker award for the best work of fiction. Hot on the heels of the award comes his collection of short stories Between the Assassinations. It is worthwhile to remember that Adiga wrote the stories first but could find no publisher till after he had written his novel. In many ways, his stories were precursors to his novel: similar characters reappear in different forms and incidents are repeated...