Anatomy Of A Riot

A blasphemous FB post, police inaction, a truculent SDPI and rumours of Congress infighting...all lead up to Bangalore's worst street rioting in years 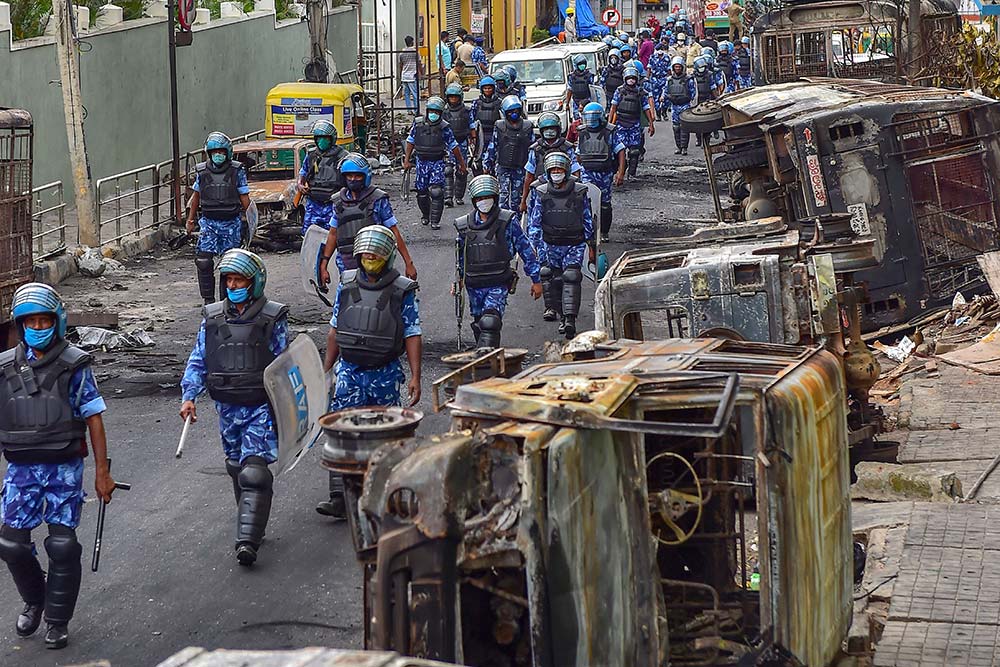 No sooner had the August 11 mob violence in east Bangalore’s Kaval Byrasandra locality been contained­—after police firing which claimed three lives—than the politics kicked in. The Congress hadn’t reacted immediately and when it did, the response was guarded. So, leaders from the ruling BJP lost no time in prodding the party over ‘appeasement’—the violence-hit localities have a sizeable Muslim population and the Congress has a strong presence there. In fact, Congress MLA Akhanda Srinivasa Murthy, whose house was ransacked and burnt down, had won the 2018 polls with the highest vote share in Karnataka.

So what had gone wrong? A Facebook post on Prophet Muhammed shared by Murthy’s nephew P. Naveen touched off the riotous scenes in which a mob attacked his house, vandalised two police stations and torched vehicles on the street. But various undercurrents in these localities­—seemingly linked to the municipal polls that are due this year—also appear to fill the frame of what has been Bangalore’s worst...