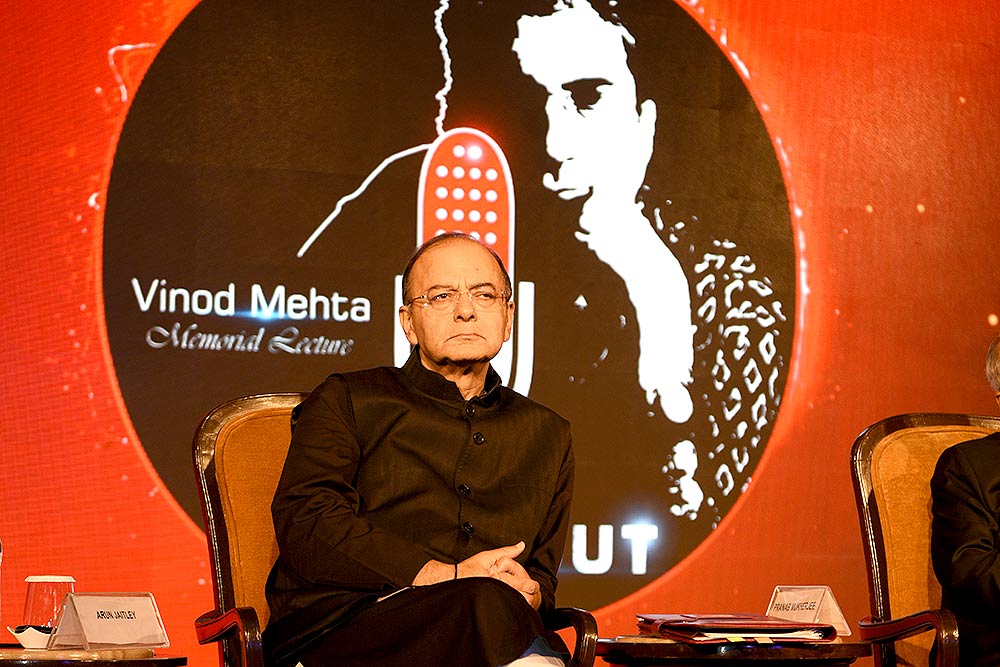 In his Parliament chamber, finance minister Arun Jaitley, a high-profile member of the Narendra Modi cabinet, often gets candid with visiting reporters. He fills them in with political insights over tea served by liveried waiters. The 64-year-old Jaitley, as any correspondent who has been part of these discussions will confirm, is an unsung public intellectual. He sounds less a partisan politician and more a public-minded thinker. At the Outlook SpeakOut Awards, the Bharatiya Janata Party (BJP) leader spoke on a variety of things—from India’s unflappable parliamentary democracy to the future of print journalism—with his usual analytical take.

A Rajya Sabha member,  Jaitley, who received the Best Parliamentarian Award from former president Pranab Mukher­jee with some self-deprecatory humour. “I ass­ume you also nee­ded someone from (the field of) politics,” he said, commenting on his nomination alongside several awardees from different walks of life. Seated to his right were two politicians from across the aisle: Mukherjee and...