An Outsider Between The Posts

Football’s lesson in dispossession wasn’t in vain. East Bengal’s thraldom reigned at a distance; then came a sudden reinforcement of the refugee status. 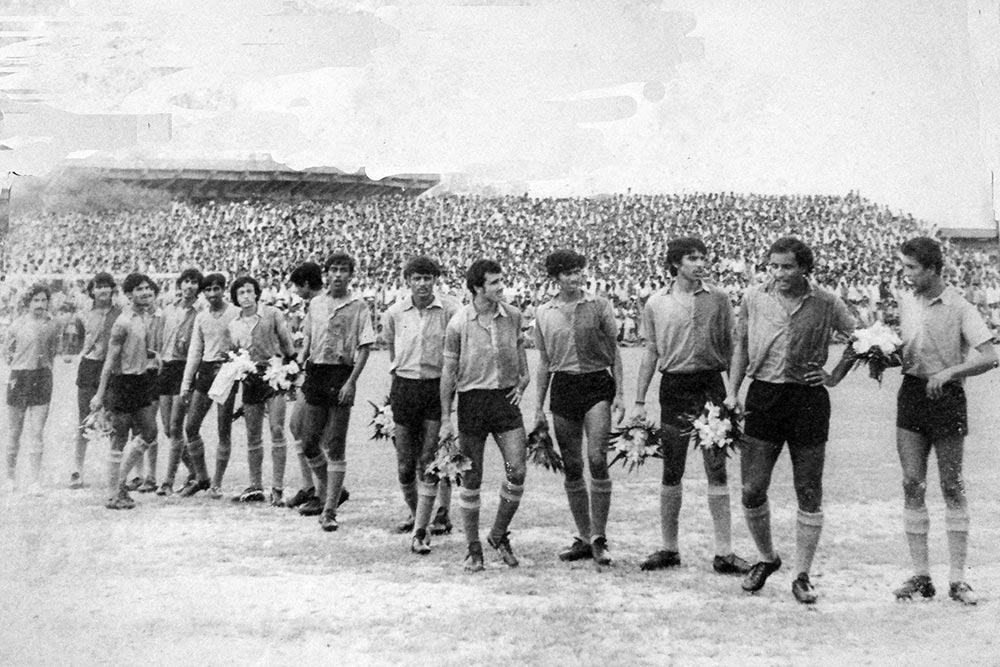 ‘Anyone who is an East Bengal fan is always right!’

During my childhood, I remember a very quiet man from Calcutta who twice visited our Railway Colony apartment in Assam. He was a relation of father’s, and I called him uncle. But I do not remember his name or other det­ails. My only memory of him is his lying in bed, reading the newspaper. Despite being a talkative and inquisitive kid, I hesitated speaking to him. But his strange, fleeting presence persists in my mind, because on both his visits he gifted me a football.

The first one he got me was black and white in colour. I don’t remember much about it. Except that I triumphantly took it to my friends in the neighbourhood, and we played with it every eve­ning, as it slowly lost colour. Only after the leather got torn at too many places did we finally abandon it. I remember the second one better. Not only bec­ause I was more grown up by then, but for the ball’s...