An Aria Of Darkness

Naipaul's new book traverses old ground, his journey unto himself is but an ego trip, the sharp edge of his writing has turned bitter. Where's VS as we knew him? 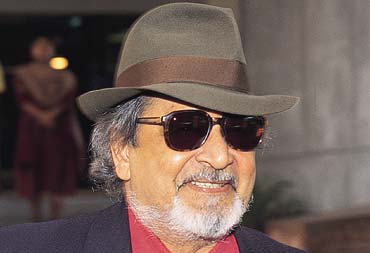 outlookindia.com
-0001-11-30T00:00:00+05:53
Few would deny that V.S. Naipaul was once one of the most important, innovative and interesting writers of Indian origin; he was also, from the late 1950s until the mid-1980s, one of the towering figures of post-colonial literature the world over, in any language.

Naipaul’s early work remains his lightest and most easily accessible and enjoyable. His comic novels set in Port of Spain and the small Caribbean villages nearby, like Chaguanas where he had grown up, opened up a new world to non-Caribbean readers in the late ’50s. The Mystic Masseur, The Suffrage of Elvira and Miguel Street are all warm and wryly amusing books, full of life, humour and original first-hand observation of a place.

Here was a completely innovative voice, and one that represented the beginning of the great shift in ethnicity and vision in English letters—the Empire writing back, as Pico Iyer would later call it—that would eventually see the triumph of writers such as Salman Rushdie, Ben Okri, Zadie Smith, Arundhati Roy and Kiran Desai....