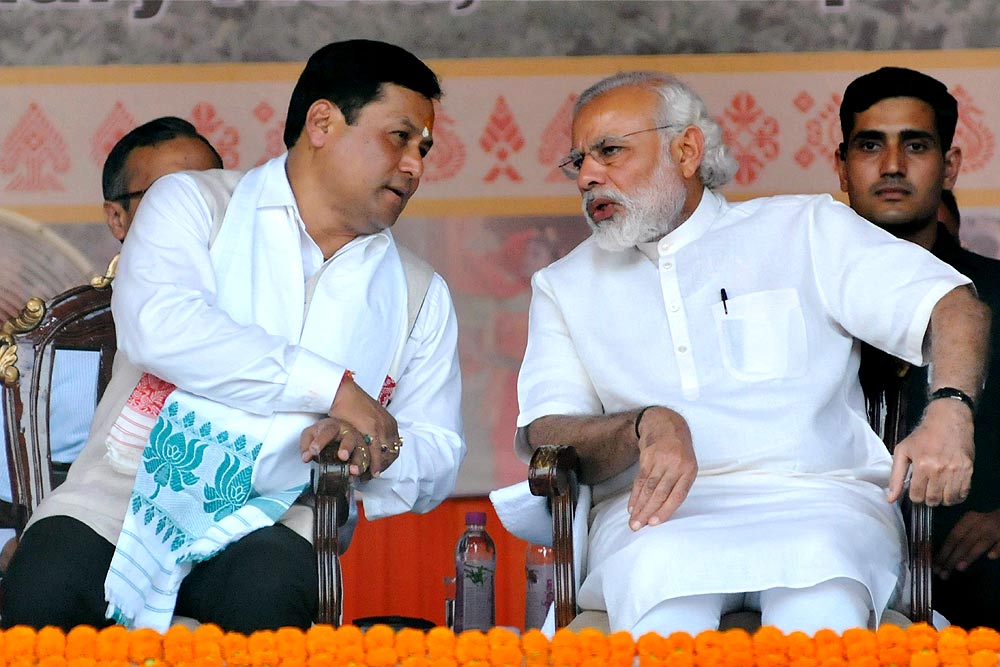 For the Modi government, Assam isn’t an outlier state. It’s a political gateway to the Northeast. That’s why PM Narendra Modi will travel to Guwahati to address the nation on May 26, marking his government’s three years in office. The BJP has an ambitious agenda for Assam. And chief minister Sarbananda Sonowal is the man for the job. Last week, he was darting from one venue to another in tribal-­dominated  Karbi Anglong, launching several projects. Though Assam produces tea and oil, that is yet to translate into commensurate prosperity for the people. Sonowal has been talking of the need to see Assam as a “land of possibility, not problems”. But econo­mic growth is not all that people want. Fears of the Assamese language and culture coming under threat due to the Centre’s Citizenship (Amendment) Bill 2016, which would enable Hindu Bangladeshi immigrants to become citizens, has led to much heat and debate.

Local civil society and tribal leaders have warned of a backlash if the Modi government pushes through the bill,...