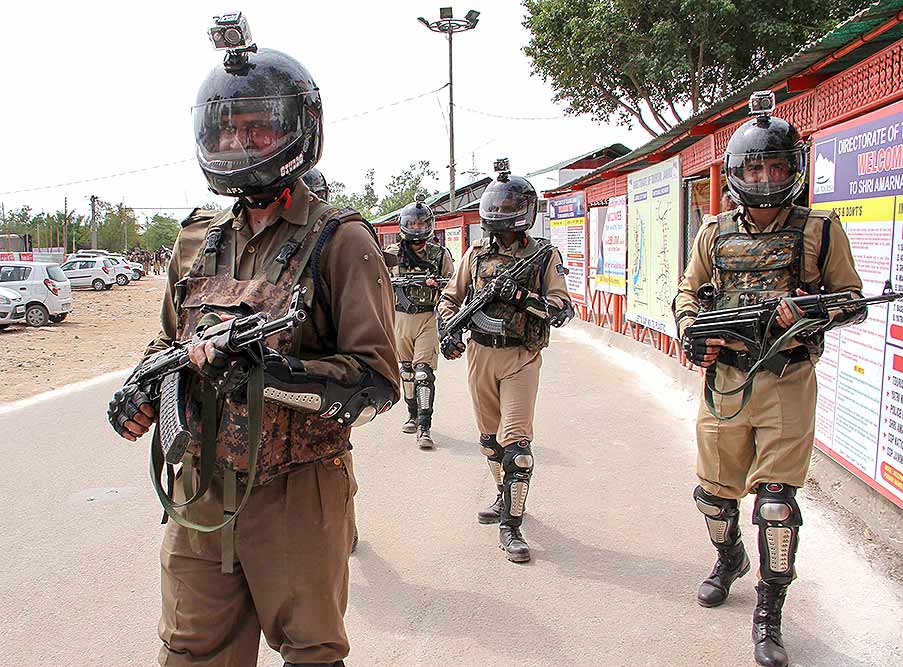 Soldiers with came­ras mounted on helm­ets and assault rifles slung from shoulders line up along the serp­entine road through the Valley. UAVs (unmanned aerial vehicles) whiz about, their cameras fixed on the road below, while more soldiers zip past on bikes. The road leads to the fabled Amar­nath temple, where Lord Shiva is believed to have revealed the secrets of life to his consort Parvati. ‘Security’ has been the buzz­word for the annual Amarnath Yatra in Kashmir ever since the armed insurgency broke out in Kashmir in 1989, but security arrangements for this year’s pilgrimage that began on June 27 is unp­recedented and mammoth.

Clearly, this is not about just a pilgrimage. It is also the BJP-led...